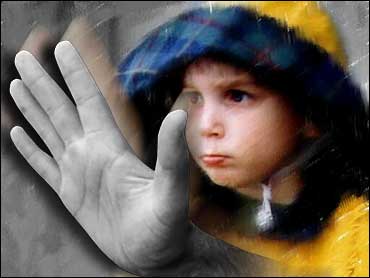 A new study published in the May issue of the journal Pediatrics suggests that kids who were spanked more than twice a month as 3-year-olds were much more likely to become aggressive 5-year-olds than kids who weren't disciplined that way.

So, while almost half the moms said they never spanked their child, more than half admitted to spanking at least once or twice.

Researchers determined that three-year-old children who were spanked two or more times in the previous month had a 50 percent increased chance of being aggressive when they turned 5.

Parenting expert Cooper Lawrence said on "The Early Show" the study controlled for alcoholic, depressed or aggressive moms. The study, she says, is important because it found moms that had "nothing else going on" but spanking caused aggressive children.

Lawrence, who hosts a radio show, said she received feedback from listeners akin to this idea.

"A school psychologist called and said some kids are just aggressive, and she knows kids that were not hit as children, that she's known for 20 years and she said they're just aggressive children. And that's the important part of the study. There are certain children that are born with aggressive tendencies."

"If a child is getting hit, you're really teaching the child that hitting or acting out or being aggressive is OK," she said. "Another theory is that the more frequently children are hit, the more stress they're feeling, which can impact brain development, emotional development and can impact behavior."

Cooper suggested these alternatives to spanking:

Remove Privileges
In most cases, if you are spanking a 3-year-old, the child doesn't understand that spanking is the same thing as reasoning. It's best to take away a privilege that will have more of an impact than spanking the child. For example, if they do something wrong, take away their favorite TV show, and they will better understand the consequences of their actions. Aggression can be seen early. If it's in your child and you encourage it, they are more likely to act it out. As a child gets older they will interpret the consequences.

Encourage & Reward Good Behavior
When children are behaving appropriately, it's always a good idea to let them know. It can be verbal praise. Or maybe it's increased responsibility. Or it could be something simple, like an extra bedtime story. But letting them know they're doing the right thing encourages good behavior.

Try a Time Out
If you're going to put your child in time out, make sure you describe the inappropriate behavior that they engaged in. You want them to know why they're being punished. Saying, "you're in time out" will solve nothing.

Be Patient
You might want to stick your kids in time out, but parents might need to stick themselves in time out. If your impulse is to spank your child out of anger or frustration, that's not good. So take a breath and step back before acting out. Parents need to display patience.