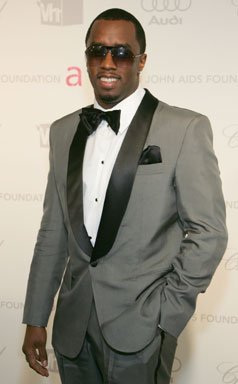 Some rants about marketing irritants, and some tips on how to avoid them in this Against the Grain commentary by CBSNews.com's Dick Meyer


Telemarketing calls and junk e-mail, in my cranky opinion, are hard-to-avoid irritants in modern life. They rank up there with tolls (a Neanderthal method of taxation that causes pollution and violence) and the five-day workweek (it could be four days, you know).

These two petty techno-poxes are highly preventable, but progress comes only in the crusade against telemarketing. Spam, the righteous word for junk e-mail, is a younger and wilier disease. And spam is more dangerous because it’s more apt to strike children.

There are effective self-help remedies now available to prevent phone pollution in your home, while you’re eating. And it appears that a knockout punch is on its way courtesy of (believe it or not) a federal agency – the Federal Trade Commission.

The FTC is proposing a national do-not-call registry. People who don’t want to get telejunk could simply call a toll-free number and have their names removed from sales lists. Now for the really good part: telemarketers could be fined up to $11,000 for calling a number on the blacklist. That means the plan could work.

This obvious incarnation of civic virtue is not without opposition, of course.

Telemarketers and their lobbyists obviously oppose it. Die-hard regulation haters hate it, too. “Bringing in the feds for such a trivial problem creates the kind of slow bureaucracy and business-strangling environment that has given regulators a bad name,” according to a brief essay by Solveig Singleton on the Competitive Enterprise Institute's Web site. Personally, I thought that’s what the government was there for. And if the FTC helps protect my family’s dinners, it will have a very good name.

There are also free speech objections. I’m sorry, but I find them ludicrous. Somebody selling something has a right – a right – to call my house? That’s free speech? Spare me. Is there a right to cut me off in traffic? Or a right to force me to watch Judge Judy? And the whole idea of a do-not-call list is that people who want to be called, can be called.

Until the launch of the national registry, which is months away at best, there are a few things you can do yourself. The most effective is to contact the Direct Marketing Association and they will have you removed from their members’ lists. I did this several years ago and it reduced our telejunk at least 50 percent. It costs $5 to register on-line or you can do it by mail for free. The DMA also has “opt out” for junk mail and e-mail, but they are far less effective.

Many states also have don’t call lists and in some, like New York you can register on line. I have no clear picture of how effective the state services are. The FTC Web site also has some useful tips.

As for spam – good luck.

People wouldn’t tolerate dirty telemarketing calls, especially if there are children in the home. But if you need and want to use e-mail, there’s almost no avoiding porno spam. I’ve spent quite a bit of time trying to block it from my family’s addresses, especially my daughter’s, but some still gets through. It’s infuriating. The idea that people would send lewd ads en masse to children is, well, obscene. I’m certain that I’ll get e-mails in response to this column saying I shouldn’t let my daughter e-mail at all. Maybe that’s right, I’m open to the idea at this point. But my daughter gets huge benefits from her virtual letter writing.

The anti-spam community (and there is one, see the related links) appears unanimous in thinking that “opt-out” lists won’t work. Many advocate the “opt-in” concept – making it illegal to send unsolicited e-mail unless it’s to users who actively asked for it from specific lists or some kind of national registry.

Even more anti-spammers think the only possible solution will come from the invention of spam-blocking technology. I’m galled by the notion we have to simply wait for some programmer to come up with a fix. I’m sure the spammers have smart counter-programmers. And as it becomes easier to send pictures and video and weird things that hide in your computer, the stakes will grow higher. I opt for “opt-in.”