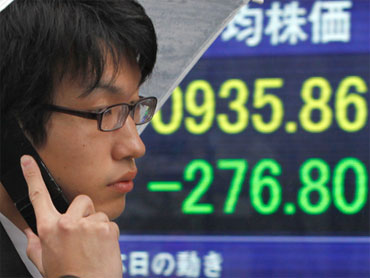 A Spanish judge has widened his probe against former Chilean dictator Augusto Pinochet, adding charges of money laundering and concealing assets to those of genocide, terrorism and torture, news reports said Thursday.

Judge Baltasar Garzon, who tried to have Pinochet extradited to Spain in 1998 to face the latter charges, issued a new indictment that names the former general, his wife Lucia Hiriart, his lawyer Oscar Aitken, as well as four directors of the U.S.-based Riggs Bank Joseph Albritton, Robert Albritton, Steven Pfeiffer and Carol Thompson, the Europa Press news agency reported.

Violating an order issued by Garzon in 1998 to freeze Pinochet's assets, the 88-year-old former dictator and the others named collaborated to move up to $8 million to the accounts held at Riggs, the judge's indictment read, according to Europa Press.

Three others were named in the indictment as cosignatories to the accounts.

Garzon said that money in question is equal to the amount sought as compensation for the victims of the charges of genocide, terrorism and torture.

During Pinochet's 1973-90 dictatorship, 3,197 people were killed for political reasons, according to a report by the civilian government that succeeded him.

The information in the indictment concerning Riggs Bank was based on a U.S. Senate report on the bank, news reports said.

In the document, Garzon asks to question the Riggs directors and urges that their accounts be frozen. He also called for an embargo and information on all accounts bearing Pinochet's name in the United States, Chile, Britain and the Bahamas.

No one was available at Garzon's offices late Thursday to comment on the case.

Pinochet, who had arranged for his own immunity before retiring as president of Chile, was arrested in London in 1998 under an extradition order issued by Garzon.

A Spanish law allows for those suspected of crimes against humanity to be tried in Spain even if their alleged crimes were committed elsewhere.

Pinochet was kept under house arrest in London until 2000, when Britain decided his health was too frail to allow him to be extradited.

Chile's Supreme Court last month stripped the general of his immunity, paving the way for possible trial there. He was admitted to a hospital in Sanitago this week with respiratory problems.