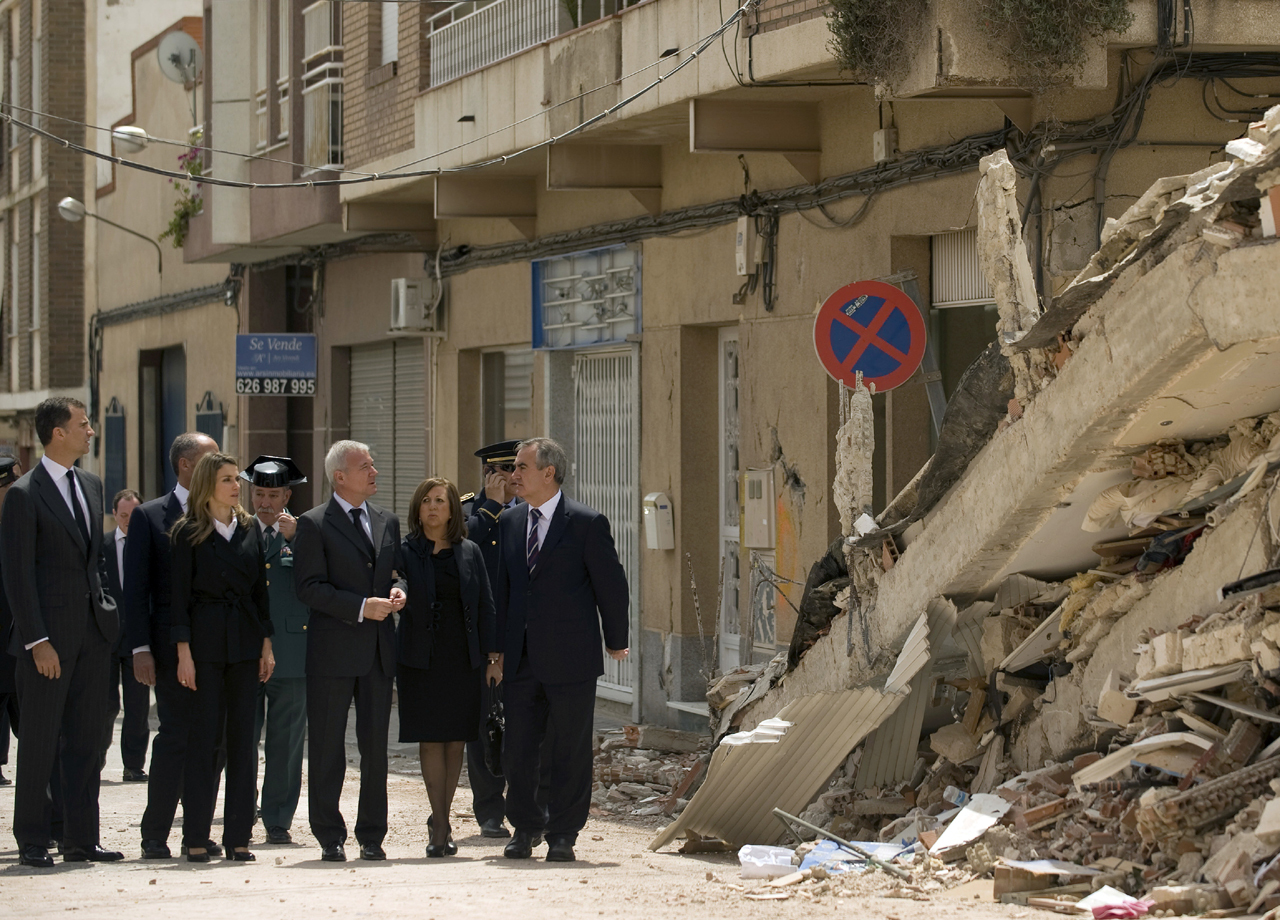 LORCA, Spain — Spain's crown prince and princess sought Friday to comfort relatives of nine people killed in Spain's deadliest earthquakes in more than 50 years, hugging them and shaking their hands as they slowly made their way along a long row of mourners.

Prince Felipe and Princess Letizia bent down to chat with the mourners at a crowded funeral Mass celebrated in a trade center, part of which has been turned into a makeshift refugee camp after two quakes Wednesday left many homeless in this southeastern city. Many of those in the front row at the Mass wore dark glasses.

At one point the prince stooped down to speak to a boy and affectionately ruffled the child's dark hair.

Another of those at the Mass was Teresa Corbalan, 65, who lost a cousin in the second of the two tremors. Pedro Jose Rubio Corbalan, 73, was in a bar playing dominoes when the second, larger quake hit. He was struck fatally in the head by falling concrete as he tried to run outside.

"The family is destroyed," Corbalan said.

Also attending the Mass was Prime Minister Jose Luis Rodriguez Zapatero, who earlier toured the ravaged city for a firsthand look at widespread damage that forced an estimated 3,000 people to spend another night sleeping in tents in makeshift camps.

Zapatero visited the area hardest hit by Wednesday's two quakes, which also injured nearly 300, and pledged the government will help the city rebuild and return to normal as soon as possible.

Zapatero watched crews tear away loose chunks of concrete from the tops of buildings and let them crash to the ground, raising clouds of dust.

"It is my conviction that we are going to meet this test," he said afterward. "The earthquake was hard and strong. But this country is stronger. Its desire for solidarity and reconstruction are stronger."

The Spanish Cabinet approved in an emergency decree an aid program for people who lost their homes or businesses.

Deputy Prime Minister Alfredo Perez Rubalcaba gave no overall figure, but the plan includes money for people to rent elsewhere while their destroyed or damaged homes are repaired or rebuilt, and euro25 million ($35 million) in credit lines for people to repair their places of business, farms, factories or even cars or motorcycles.

At the funeral Mass, there were only four coffins in part because some of the families of the deceased wanted private funerals, town hall and regional officials said.

Lorca's mayor said Thursday that of around 550 buildings inspected so far by engineers and architects, more than half are uninhabitable.

Lorca is a city of some 90,000 that lives off agriculture.