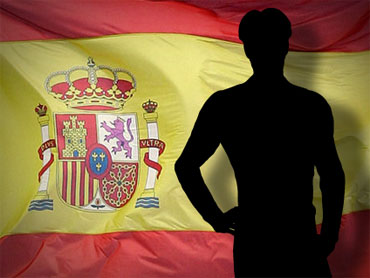 Spanish police say that for the first time they have broken up a human-trafficking gang that brought men to the country to work as prostitutes, providing them with Viagra, cocaine and other stimulant drugs to be available for sex with other men 24 hours a day.

Authorities arrested 14 people, mainly Brazilians, on suspicion of running the organization and another 17 alleged prostitutes for being in Spain illegally, the National Police said in a statement Tuesday.

Police inspector Jose Nieto said the case involving the Brazilians was the first in which Spanish authorities dismantled a ring in which traffickers brought in men, rather than women, to toil as sex workers.

The victims, men in their 20s and estimated to number between 60 and 80, were mainly recruited in northern Brazil and saddled with debts of up to euro4,000 ($5,000) as the cost of bringing them to Spain.

Some were duped into thinking legitimate jobs awaited them as go-go dancers or models; others knew they would be working in the sex industry, but not that they had to be prepared for sex around the clock and would be moved from one province to another depending on demand for their services, Nieto told a news conference.

The men had to give half their earnings to the gang, and pay for rent and food in the apartments where they worked.

"If the men complained or caused any kind of problem, the gang leaders would threaten them, even with death," the police statement said.

The arrests were made in recent weeks and the alleged ringleader is a Brazilian based in Palma on the Mediterranean island of Mallorca.

Besides Viagra and cocaine, the men were given marijuana and the club scene drug known as 'poppers', the police statement said.

Sex is a multibillion-dollar industry in Spain, with brothels staffed mainly by poor immigrant women from Latin America, Africa and eastern Europe lining highways just about everywhere and respectable daily newspapers brimming with ads from people selling their bodies. Prostitution falls in legal limbo: it is not regulated, although pimping is a crime.