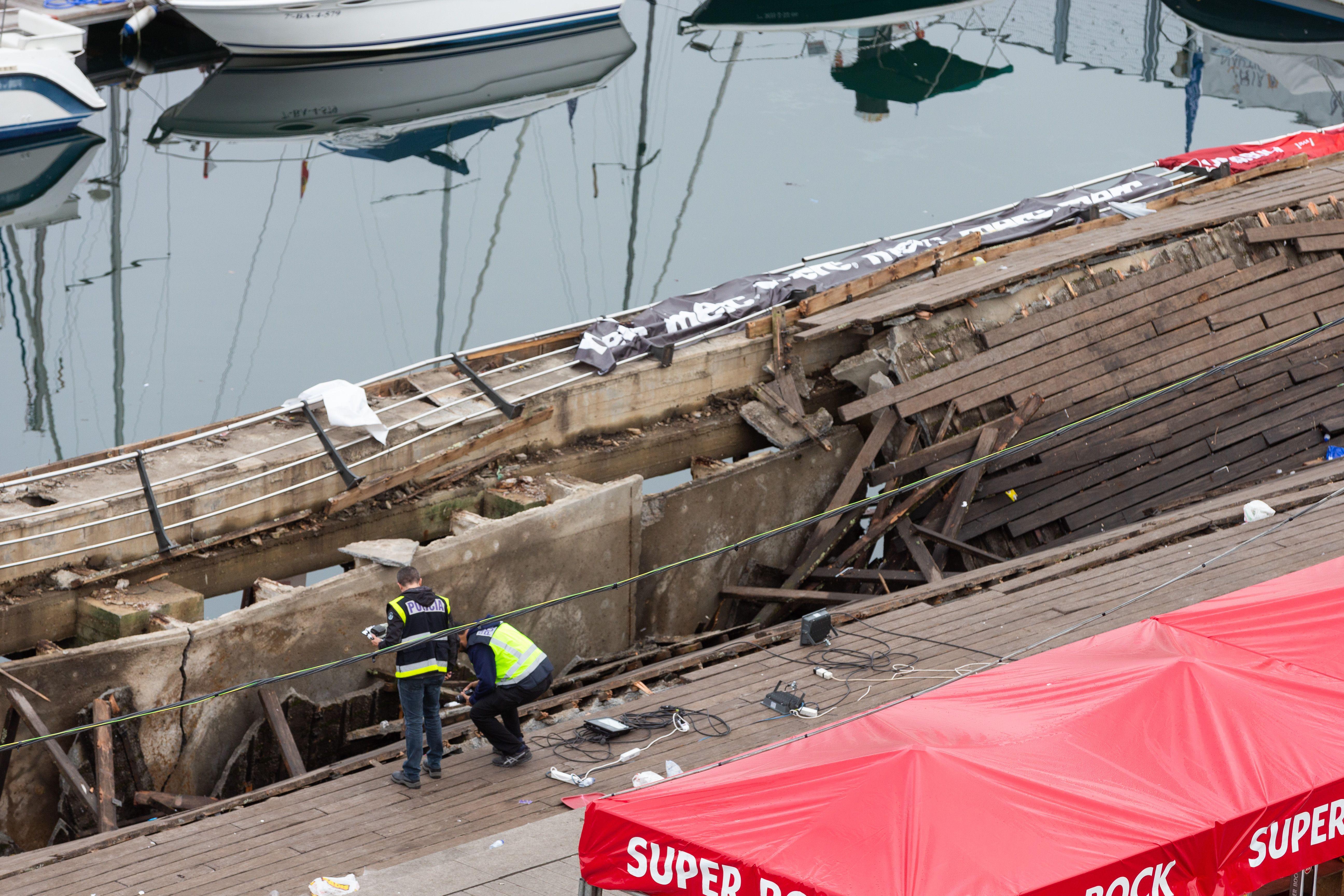 MADRID -- An oceanside boardwalk collapsed during a nighttime concert in the Spanish city of Vigo, injuring 313 people, five of them seriously, authorities said Monday. Many young people were on the port's wooden boardwalk when it gave way around midnight Sunday at the closing event of a three-day festival, officials in the northwestern port city said.

The wooden boards cracked along a central section, about 130 feet long, and people slid down into the sea below, emergency services said. Eyewitnesses reported scenes of panic.

The five people who were seriously hurt did not have life-threatening injuries, officials said.

The president of the Vigo port authority, Enrique Cesar Lopez Veiga, said he suspects there was a structural problem in the boardwalk, which is supported by concrete pillars.

He told Cadena Ser radio that the boardwalk collapsed "probably because of excessive weight" on it.

The popular annual festival features music and urban sports such as skateboarding.