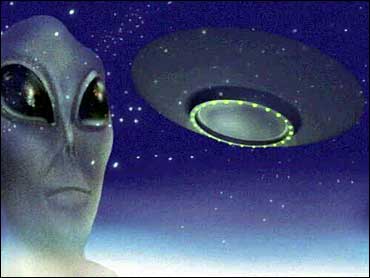 New Mexicans can now celebrate every second Tuesday in February as "Extraterrestrial Culture Day" after a Roswell lawmaker's proposal won approval in the House.

Some lawmakers scoffed at the idea. But the sponsor of the memorial, Rep. Daniel Foley, R-Roswell, said life on other planets - if you believe in it - surely has its own set of cultural beliefs.

"They have some sort of culture, whether it's something we understand or not," he said.

The measure, approved Friday, claims extraterrestrials have contributed to recognition of New Mexico. The state has been associated with little green men for more than half a century, staring in 1947 with a purported UFO crash that came to be known as the Roswell Incident.

Foley suggests that a copy of the memorial be transmitted into space with the intent that it be received as a token of peace and friendship.

Memorials express the opinion of the Legislature and do not have the force of law. Only one house must approve them, and they do not require the governor's signature.