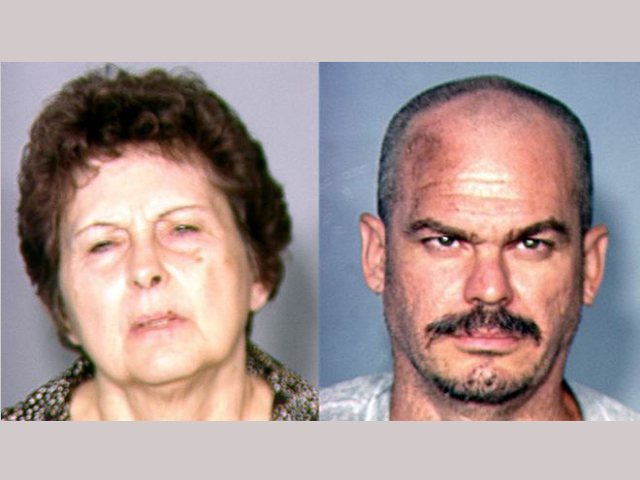 (AP) LAS VEGAS -- A couple accused of plotting to abduct, torture and kill police in a plot to draw attention to an anti-authority "sovereign citizens" movement has told a Las Vegas judge they don't recognize his authority to keep them in jail.

So noted, the judge told David Allen Brutsche and Devon Campbell Newman on Friday, before ordering them back to jail pending a preliminary hearing on Sept. 9.

Justice of the Peace Conrad Hafen set bail for Brutsche at $600,000 and appointed a public defender to represent him.

Hafen named a lawyer to represent Newman and scheduled her bail hearing for Monday.

Police say an undercover officer spent four months with Brutsche and Newman, collecting evidence of what authorities are calling a domestic terror operation.