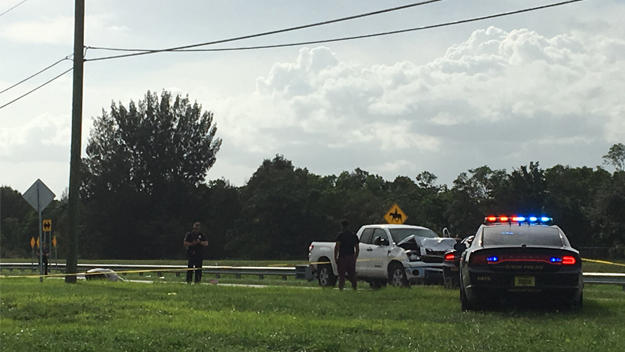 SOUTHWEST RANCHES, Fla. -- Police in Florida say a man was reaching for his cellphone when he struck and killed two horses and seriously injured a young girl and a woman. Davie police Sgt. Mark Leone tells news outlets that it happened Sunday in Southwest Ranches as the girl and her trainer were crossing a road on horseback.

Leone says the 9-year-old girl was wearing a helmet, which "may have saved her life." Both riders were taken to Memorial Regional Hospital in Hollywood.

The adult was airlifted to Memorial Regional Hospital and the child was transported by ground, CBS Miami reports.The riders are currently listed in serious condition but are expected to survive.

The names of the people involved haven't been released.