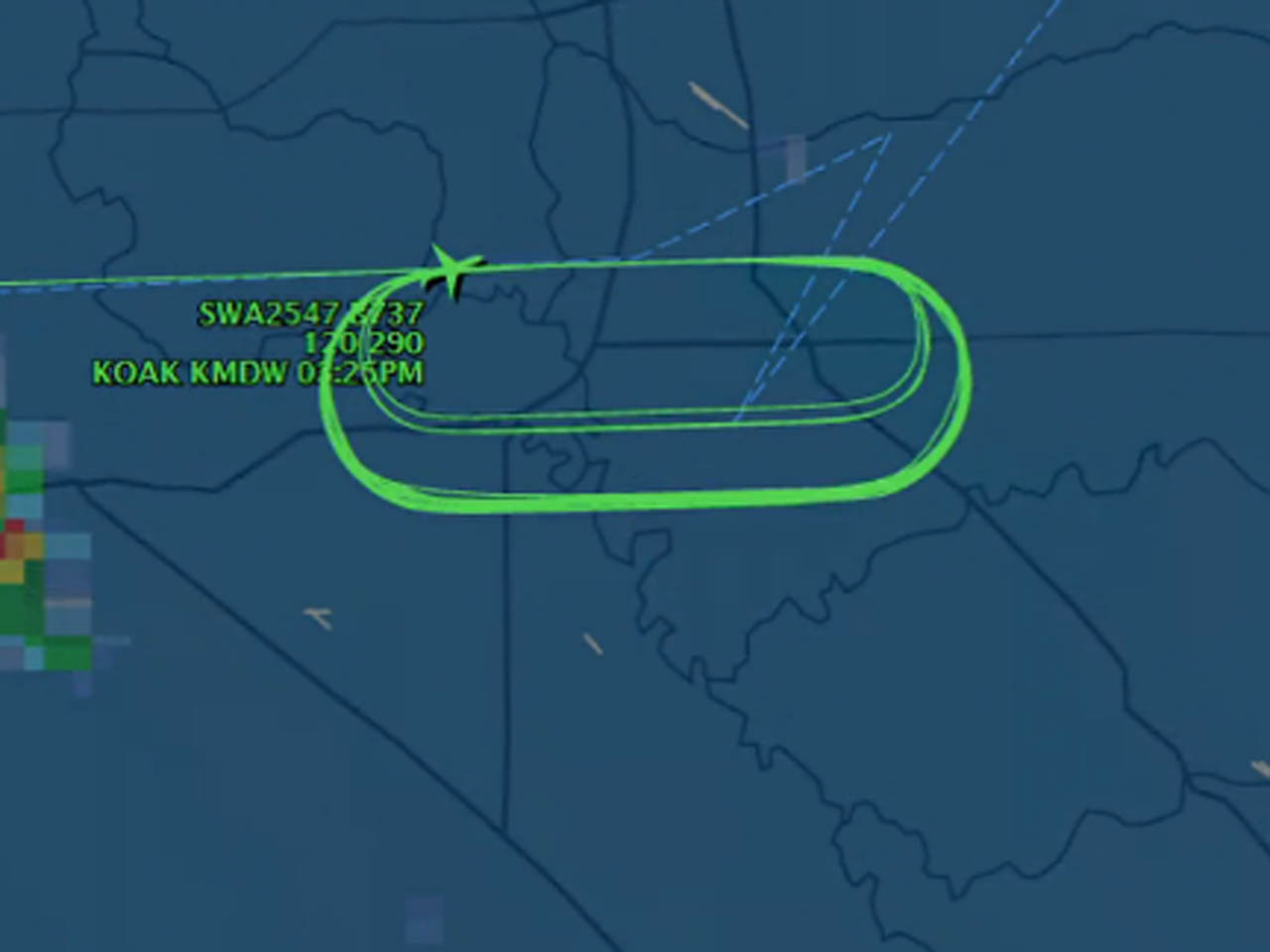 The plane, Southwest Flight 2547, had been maintaining a holding pattern near Oakland for several hours as it burned fuel before attempting to land. Fire crews were on stand-by for what had been described as a "yellow alert."

The plane, which had 139 people on board, made a low pass over the runway before circling back and landing safely. TV helicopter video showed a puff of smoke from its tires.

No injuries were reported but some passengers were panicking at the end of the ordeal.

"The worst part was the beginning because no one would tell us anything," passenger Ashley Stasio told CBS station KPIX. "Oh, I thought I was going to die. People were really scared. It made me feel good because the fact that it was such an emergency, they had a lot of backup and we're all safe."

Stasio said that before they descended passengers were told to brace themselves, but the landing went smoothly. People were clapping, cheering and crying as the plane came to a stop.

"People were holding hands. Everybody was on their phones, I'm sure sending messages to their loved ones," Stasio told the Associated Press. "I don't mean to sound dramatic, but it was scary."

Passengers knew almost immediately after takeoff that something was wrong. Originally, they thought it was an engine issue that the pilot thought could be resolved in a matter of minutes.

But it turned out to be much more serious. When the landing gear was being brought up after takeoff, some passengers saw sparks. The pilot then tried to bring the gear back down, but it wasn't working, reports KPIX.

Stasio said the captain told passengers it would not be going to Chicago and would burn fuel over Oakland for about an hour.

Ninety minutes later, he said 6,000 more pounds of fuel had to be burned. He did not explain further until the plane was ready to land, and by that time passengers were watching the news online, Stasio said.

It was a smooth landing, she said.

A short statement from Southwest Airlines said the captain returned to Oakland due to a reported maintenance item. It did not elaborate.