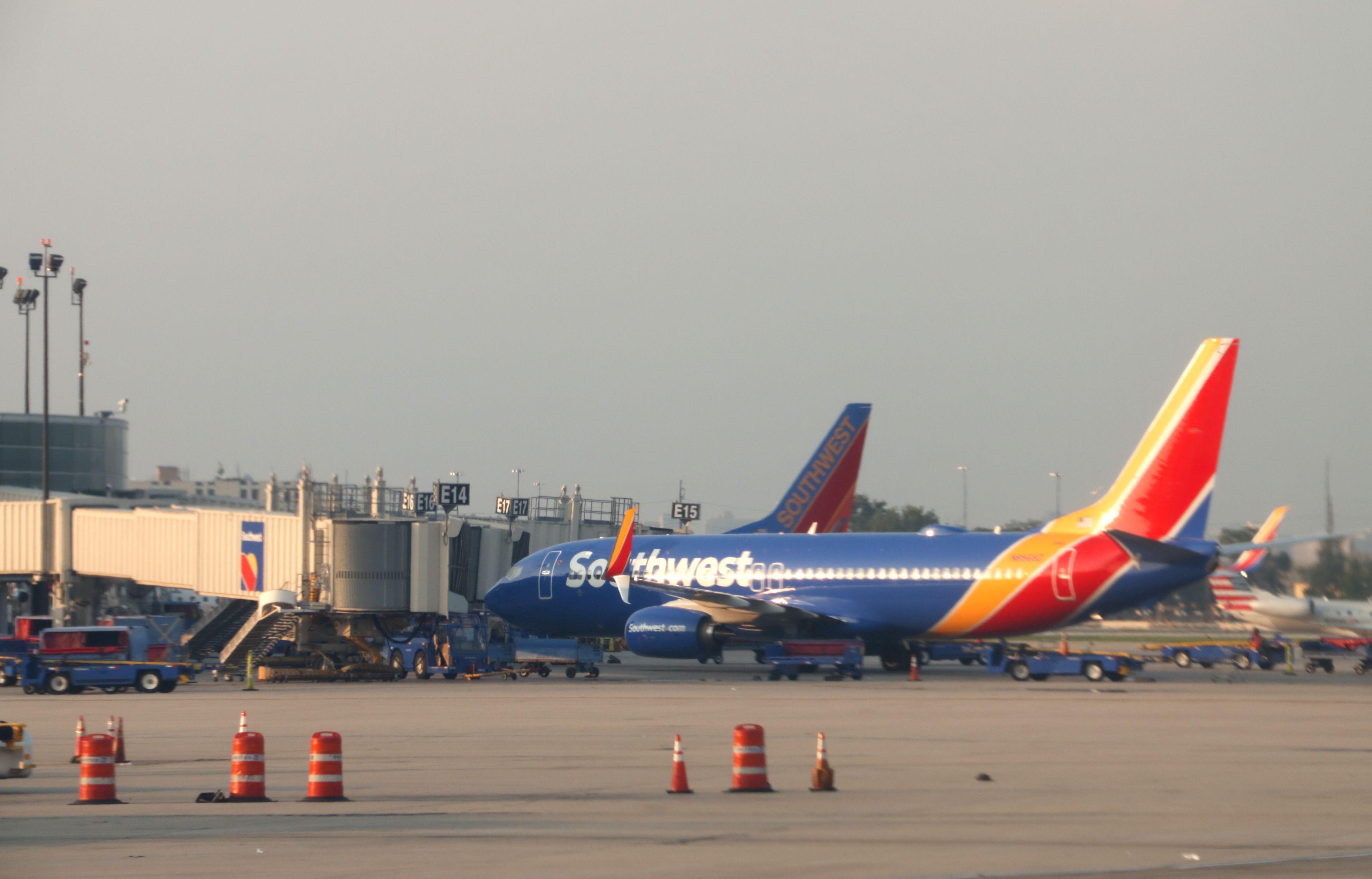 A man accused of groping a woman during a Southwest Airlines flight over the weekend apparently justified his actions by invoking President Trump. According to an affidavit obtained by CBS affiliate KHOU, he said the president says it's OK to grab women by their private parts.

Bruce Alexander, 49, was arrested on Sunday after a Southwest Flight 5421 coming from Houston landed in Albuquerque. He appeared in federal court on Monday and was charged with abusive sexual contact after he allegedly touched a woman's breast while he was sitting behind her on the Southwest flight.

The woman then stood up and told Alexander she did not understand how he could think that was OK and he needed to stop. She then asked a flight attendant to reseat her and was relocated to another section of the plane.

Both Alexander and the victim said they had not been drinking alcohol or had taking any sleep aids, the affidavit said. The victim said Alexander was a "total stranger."

When Alexander was questioned by authorities, he said he could not recall touching the woman. He said he was sitting behind a woman and was asleep for most of the flight.

Upon arrival at Albuquerque International Sunport, Alexander was detained and asked FBI agents what the sentence was for the charge he was being arrested for. He later stated to officers, "the President of the United States says it's OK to grab women by their private parts," according to the affidavit.

His defense comes in reference to a 2005 Access Hollywood tape that recorded a conversation between Mr. Trump and then-host Billy Bush in which the future president used sexist and disparaging language about women as Bush laughed along. The tape is best remembered as the moment where Mr. Trump boasted that women allowed him to "grab them by the p****."