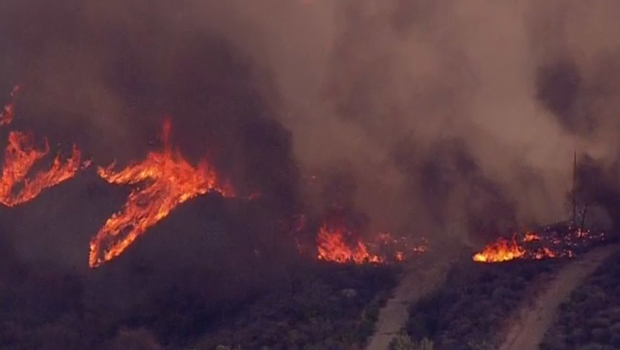 FULLERTON, Calif. -- A Southern California brushfire has prompted the evacuation of dozens of homes near the border of Orange and Los Angeles counties.

Kunze says the 15-acre blaze was reported around 3:45 p.m. Tuesday.

Although winds were light, the blaze quickly threw lines of flame through brushy ridges and draws ringed by hundreds of homes.

The former oil-drilling land is crisscrossed by dirt trails and sits amid dense housing developments.

Residents say the drought-stricken chaparral and grass hasn't burned for at least 25 years.