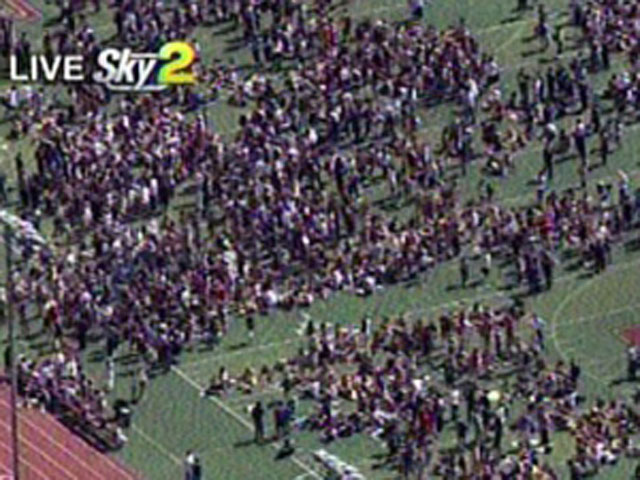 Officials say the threat originated at Camp Pendleton after a naval officer went AWOL. A search of his barracks Wednesday morning  found a note that the officer had planted incendiary devices at the high school, deputies said, reports CBS station KCBS.

Sheriff's deputies then ordered the evacuation of 3,200 students and 180 staff from San Clemente High. Wednesday marked the first day of classes.

"At the direction of sheriffs' officers, the entire SCHS staff and student body were evacuated to the stadium after it was inspected and declared safe," according to a message posted on the school's website.

School officials are asking that parents not go to the school.

"Security personnel and officers are guarding the stadium and prohibiting entry onto the campus," officials said in the statement.