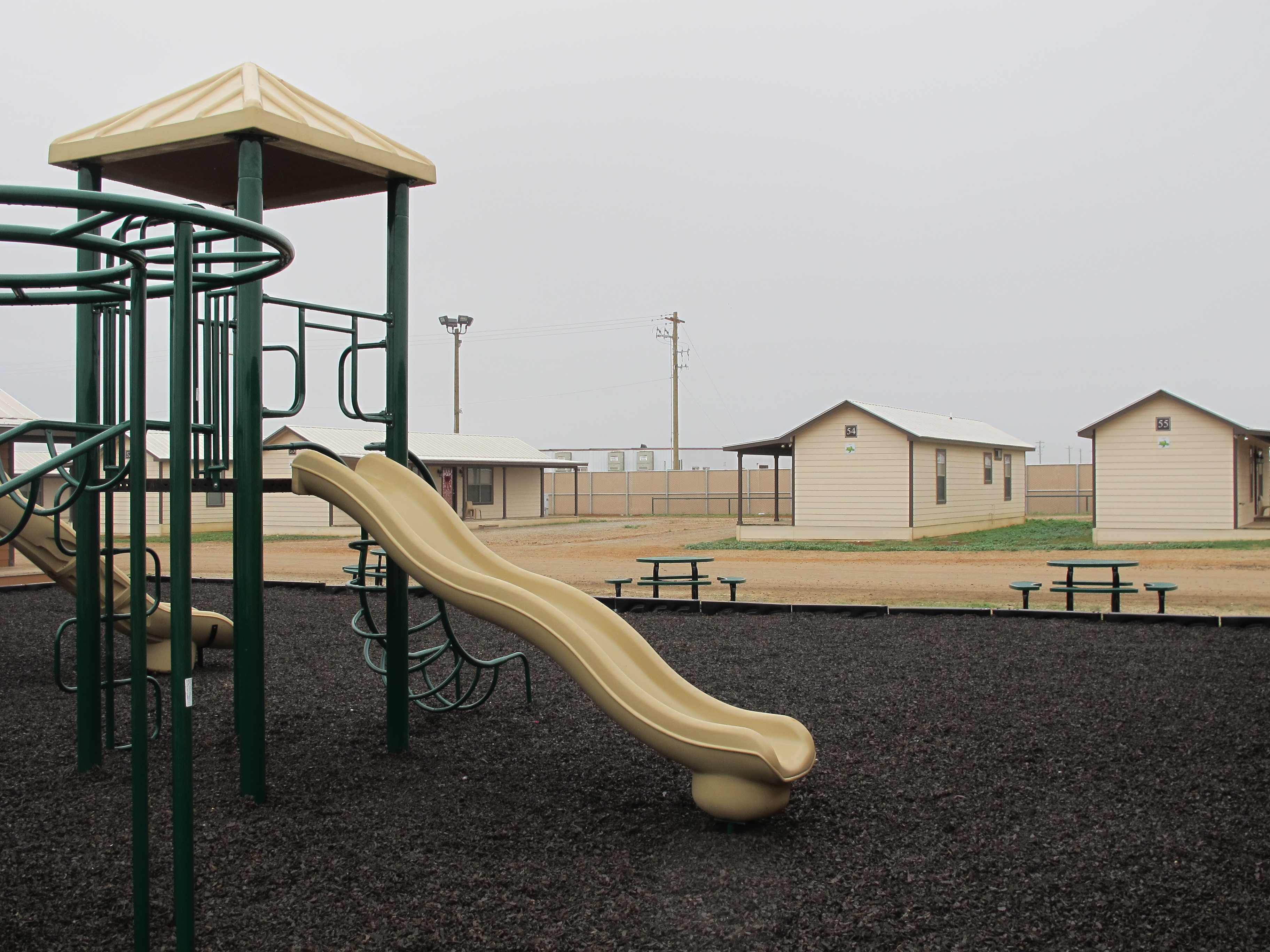 DILLEY, Texas - The Obama administration on Monday unveiled a former oil field workers' camp in rural South Texas that is being converted into the nation's largest family immigration detention center, as federal authorities brace for another possible influx of mothers and children pouring across the U.S.-Mexico border illegally.

The first wave of about 30 immigrants will begin arriving in coming weeks and the cabins will eventually hold up to 480 people. Housing being constructed nearby will push capacity to 2,400 by around May.

Advocates say immigrant families are often fleeing drug or gang violence in Central America and should be released to relatives already in the U.S., rather than being locked up. The daily cost of family detention is about $296 per person, according to U.S. Immigration and Customs Enforcement, nearly double the average cost of holding adults as estimated by the National Immigration Forum advocacy group.

Women and children at Dilley will remain until they are deported, released on bond or begin immigration court proceedings that could allow them to stay in the United States. ICE says 70 percent of immigrant families released into the U.S. never showed up for follow-up appointments - part of the reason the agency is adding detention capacity.

Dilly's cottages include bunk beds and cribs that can sleep up to eight, a flat-screen TV and a kitchen - though cooking is prohibited to prevent fires. The cafeteria is open 12 hours daily and snacks can be had around the clock.

There's medical care and counselors, trailer classrooms, library and email access and a basketball court and playgrounds - all meant to showcase the softer side of immigration detention. Yet Johnson stressed that despite President Barack Obama's recently announced executive actions on immigration, anyone who crossed illegally into the U.S. this year remains a priority for deportation.

"This must be clear: Our borders are not open to illegal migration," he said.

Dilley opens as officials are closing a temporary family immigration detention center that, at its height, held about 700 people on the grounds of a law enforcement training center in Artesia, New Mexico. It opened in June, at the height of a crush of families at the border, while Dilley begins during a lull.

But Royce Bernstein Murray, director of policy for the National Immigrant Justice Center, said patterns are seasonal and advocates and federal officials alike expect crossings to increase again in the spring.

Once Dilley is fully operational, federal authorities will be able to house about 3,000 immigrant women and children nationwide.

Collectively that's still a drop in the bucket because nearly everyone apprehended at the border faces deportation. But Johnson said Central Americans no longer believe lies spread earlier this year by people smugglers that anyone making it to the U.S. can stay.

"We know from the interviews conducted with migrants, many of them did not expect to be detained once they cross the border," Johnson said.

Bernstein Murray countered: "If people are fleeing violence, they don't have the luxury of saying, 'I'm going to end up in detention? Then, no, I'm not coming.'"