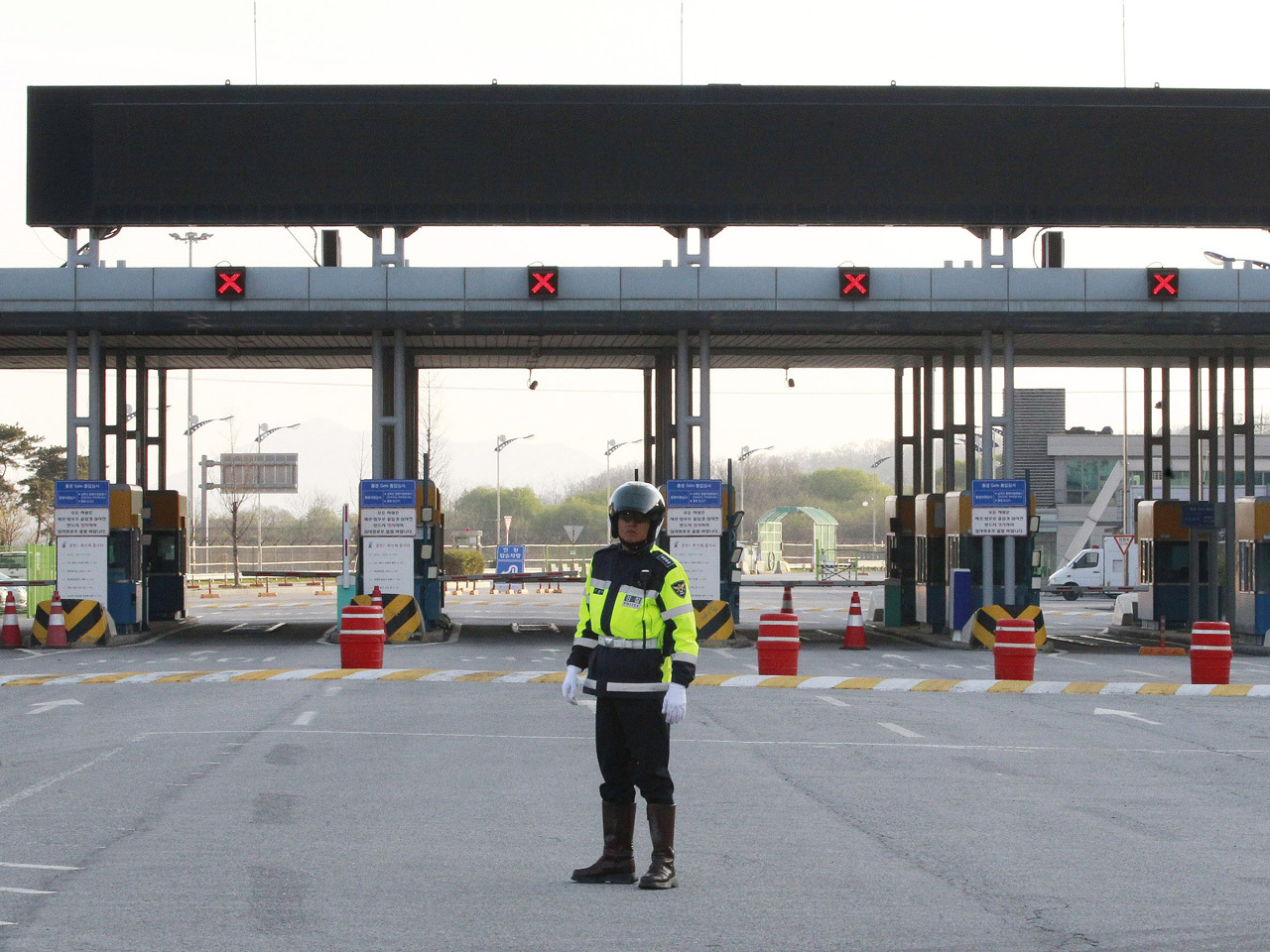 PAJU, South Korea North Korea allowed the withdrawal Monday of most of the remaining South Korean personnel at a jointly-run industrial park in the North, South Korean officials said, with the final seven staying behind to negotiate unpaid wages for North Korean workers.

Officials in Seoul said 43 South Koreans returned Monday night, and the last seven would leave the industrial complex after the talks with North Korean officials finished. It wasn't immediately clear, however, whether they would leave Monday night or later.

The departure would empty out the complex, located just across the border in the North Korean town of Kaesong, for the first time since it opened in 2004 and possibly lead to the permanent closure of the last symbol of inter-Korean cooperation.

Amid high tensions, North Korea suspended operations at Kaesong in early April, withdrawing all of its 53,000 workers and barring South Korean factory managers and trucks with supplies from entering the complex. It was the most significant action taken by North Korea as it sought to show its anger over South Korean-U.S. military drills and U.N. sanctions imposed over Pyongyang's February nuclear test, its third.

North Korea's accompanying torrent of warlike rhetoric included threats to launch nuclear strikes on the U.S., although it has recently shown some tentative signs of willingness to talk.

South Korea began withdrawing its remaining nationals from Kaesong on Saturday, citing a shortage of food and medicine for them, after North Korea rejected an offer to hold talks on the complex.

Kaesong, which combines South Korean knowhow and technology with cheap North Korean labor, is the last remaining cooperation project between the Koreas. The Korean Peninsula officially remains at war because the 1950-53 Korean War ended with an armistice, not a peace treaty.

Other collaborative programs, including tours from South Korea to a scenic North Korean mountain, have been stalled in recent years because of confrontation between the rival Koreas.