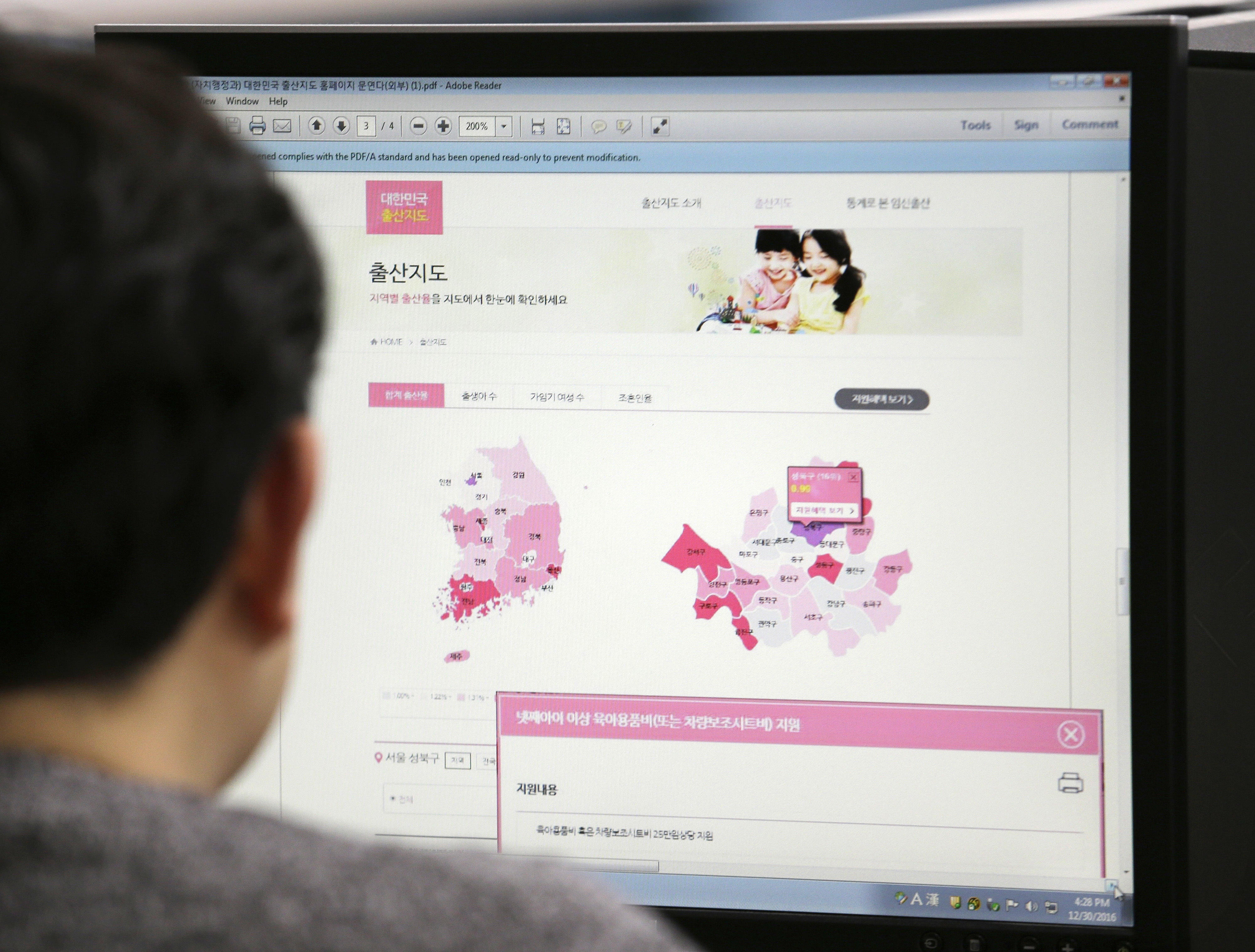 SEOUL, South Korea -- South Korea’s government has closed its website that drew fury for showing the number of women in childbearing age by each city district and region.

The Ministry of the Interior’s website featuring the pink birth map remained closed on Friday, a day after its launch, showing instead a notice that the site is undergoing corrections.

The website went offline after just a few hours following criticism the government is trying to shame women for not having babies.

The site also featured a ranking of regions by the number of women aged 15-49.

The government had touted it as a tool to increase the public’s understanding of the country’s low birth rate.

South Korea is struggling to boost its rock bottom birth rate, one of the lowest among rich countries.