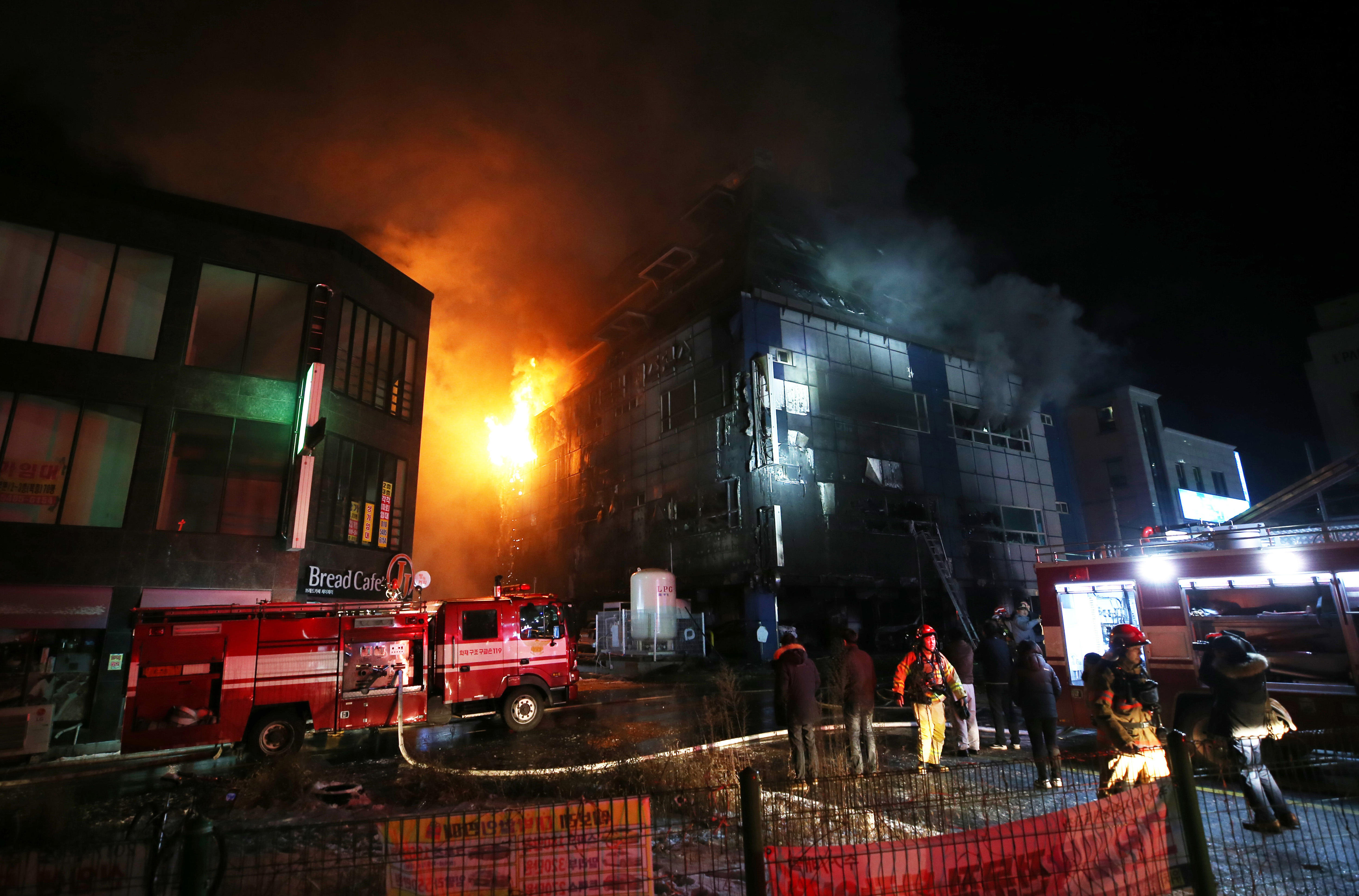 South Korea's Yonhap news agency said 18 people were confirmed dead and at least 24 others injured. At least 15 of the dead were found in a sauna on the second floor.

Officials said rescue workers were searching the building for people after extinguishing the fire. Local media showed firefighters fighting the blaze with trucks and helicopters, and a man jumping from a window as firefighters held a mattress below.

It was unclear what caused the fire but it likely began at the building's parking lot, according to an official from Jecheon's fire department, who also requested anonymity. The building had several restaurants and leisure facilities, including a gym, public bath and an indoor golf practice facility, the official said.