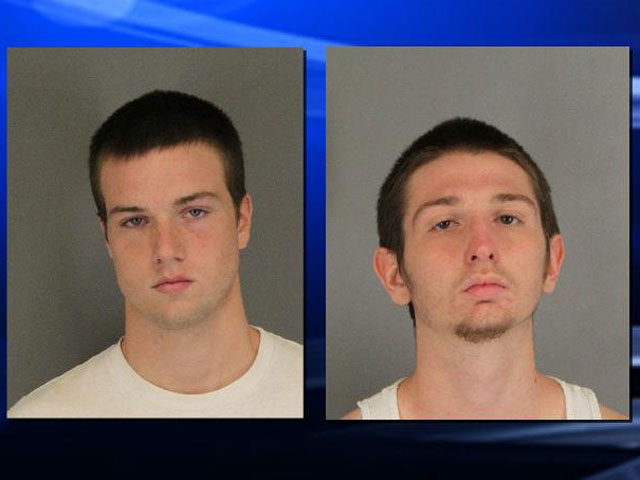 (CBS/AP) SPARTANBURG, S.C. - Two men have been arrested in connection with what a South Carolina sheriff says was a plot to randomly shoot at people and kill them.

Bryan Marion Holder, 20, and Mattison Tyler Schomer, 17, are charged with possession of a weapon during a violent crime and three counts of attempted murder according to Spartanburg County Sheriff Chuck Wright.

The two are being held without bond.

Wright said a 19-year-old woman was shot in the back on July 2 with a 30.06 rifle fired from a field near a convenience store. He said the woman was sitting in a car with a man when she was shot.

On the same day, a man was pressure-washing gas pumps when he was shot at. He was not hit.

The Spartanburg Herald Journal reports that according the State Law Enforcement Division, both men have criminal records that include felonies and were prohibited from handling firearms.

According to the newspaper, Sheriff Wright said at a news conference that the two suspects "decided it would be fun to shoot and kill people."

The newspaper reports that Wright said Schomer gave a statement implicating himself and Holder in the shootings, but that Holder has not been cooperative with the police.