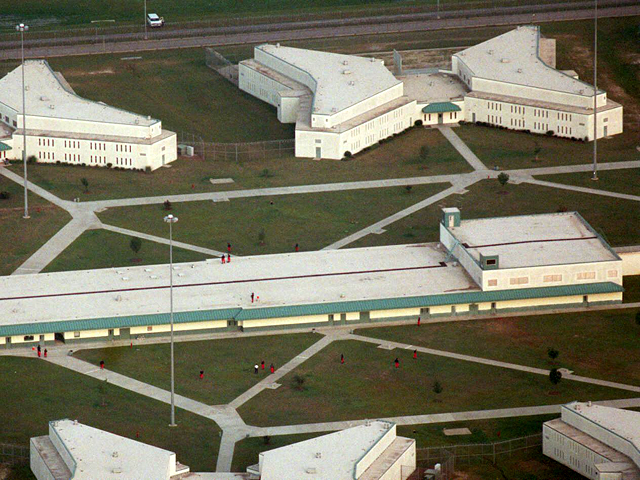 (CBS/AP) COLUMBIA, S.C. - A guard held hostage at a South Carolina high security prison was rescued early Wednesday after a standoff of more than six hours in the prison's most secure unit, a corrections department spokesman said.

The officer was rescued and prison officials regained control of the building around 3:15 a.m. when negotiations with the inmates failed, said Clark Newsom, a spokesman for the Department of Corrections.

About 100 corrections officers and State Law Enforcement Division agents blew open a door and regained control of the building that houses the prison's lockdown or isolation cells. The inmates did not resist, Newsom said. The correctional officer had been dressed in an inmate's uniform to disguise him but he was recognized and rescued, Newsom said.

During the standoff, the inmates never left the wing of the Lee Correctional Institution in Bishopville and there was no danger to the community, Newsom said.

"No attempt was made to actually get out," Newsom said. "That probably would have been fruitless because there were so many officers on the grounds."

The officer appeared to have a suffered a head injury that was not thought to be serious and was taken to a hospital for evaluation. His name has not been released.

As of Wednesday morning, Newsom said no inmate injuries had been reported.

A nurse escorted by a guard was passing out medicine around 9 p.m. Tuesday when some inmates overpowered the guard. The nurse was able to escape.

Medication is typically passed to inmates through a slit in the door, Newsom said. But on Tuesday night, for some reason, the guard opened the door, and the inmate inside the cell attacked him.

"In many cases they find that it's just an opportunity that comes about," Newsom said.

Newsom did not know how many inmates were involved in the attack, but there were 116 inmates in the unit. There are some surveillance cameras in the unit that are being reviewed. A number of inmates will be questioned in what Newsom said is likely to be a long investigation.

He said some inmates with illegal cell phones called Lee County dispatchers about the seizure of the guard. Many different inmates made the calls, a detail Newsom said led authorities to believe that the effort was fairly disjointed.

"There were ongoing conversations through the evening; nothing was happening concrete and that made us think it was a pretty disorganized effort," Newsom said. That prompted officers to attack.

Not all of the inmates in the unit were involved in the attack. Some of the inmates who weren't involved barricaded themselves in their cells during the standoff, Newsom said.

The prison opened in 1993, replacing the Central Correctional Institution in downtown Columbia. It was on lockdown Wednesday while authorities continued to investigate, Newsom said.

Bishopville is about 50 miles northeast of Columbia.