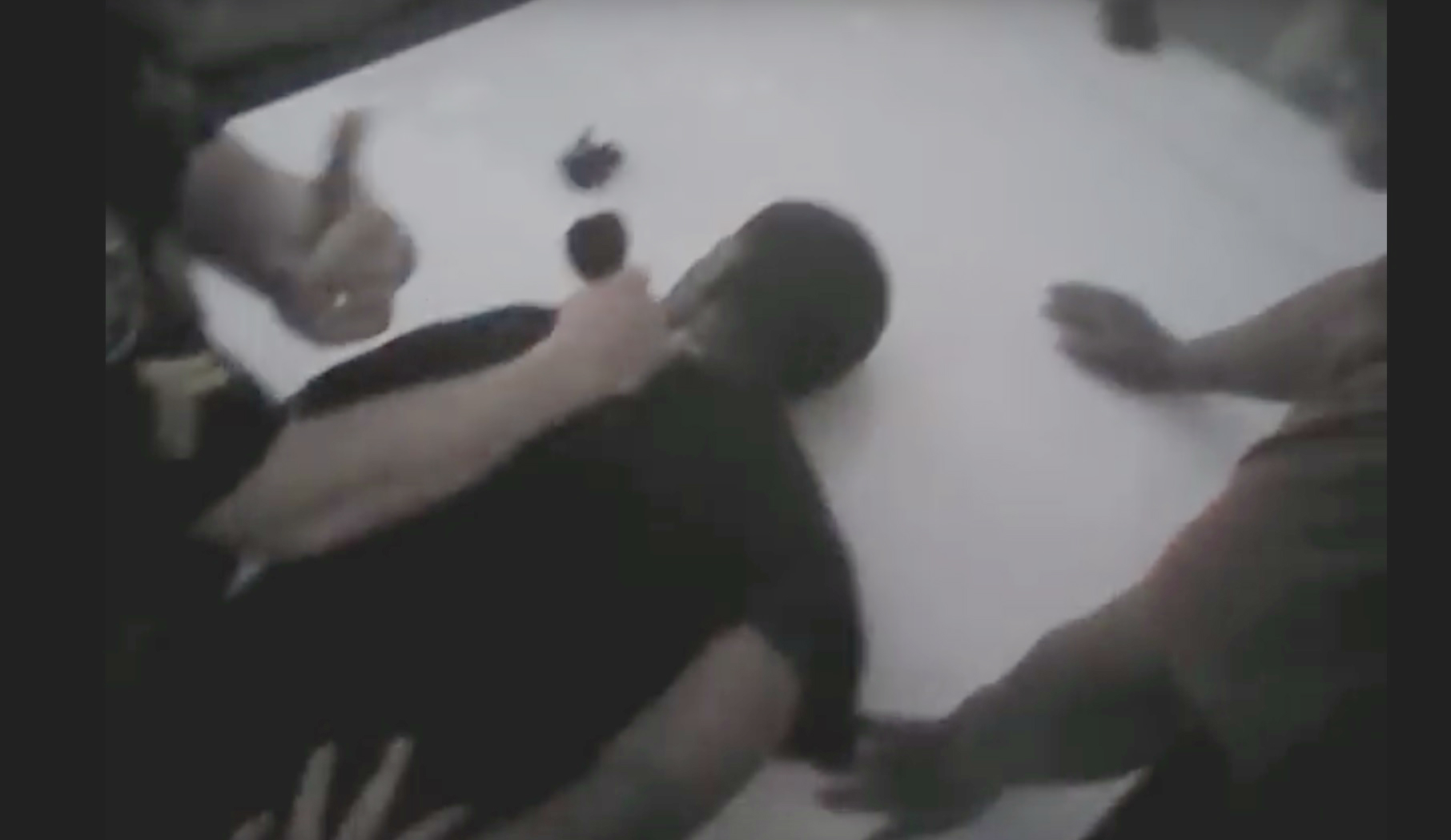 NEW YORK -- An attorney for a man stun gunned and arrested by Georgia police who were searching for a different man says the incident is indicative of wider problem in the Savannah-Chatham Metropolitan Police Department.

Patrick Mumford was charged with misdemeanor obstruction in connection with the Feb. 1 incident, which was recorded on police body cameras. Police were looking for another man, Michael Clay, when they saw Mumford sitting in a driveway.

Police can be seen twice asking Mumford for his name. He answers "Patrick" both times.

"What happened? What did I do?" Mumford asks.

"You got a warrant, dude," an officer says.

Mumford can be heard telling police that he just had a meeting with his probation officer, who would have told him if there was a warrant for his arrest.

Refusing to leave the car, Mumford asks to see the warrant.

An officer can then be seen using a stun gun on him, as another places him in cuffs.

Mumford's attorney William Claiborne said in an interview with CBS News that incidents like Mumford's are common.

"What this speaks to is sort of the day in and day out stuff that goes on," Claiborne said. "The narrative is always that the suspect became uncooperative, but you know, Patrick wasn't uncooperative, they were the ones being aggressive."

"The video released by the defense attorney was edited and omits significant portions wherein a relative asks the individual to be cooperative," Lumpkin said.

The Savannah-Chatham Metropolitan Police Department released its own longer video, which shows a woman telling Mumford that he should have cooperated. Claiborne pointed out that the officers can be heard saying they asked Mumford for identification, but in fact had not done so.

"The narrative is always that the suspect became uncooperative, but you know, Patrick wasn't uncooperative, they were the ones being aggressive," Claiborne said.

A Savannah-Chatham Metropolitan Police Department said the Lumpkin is not yet commenting on the case beyond the statement released Thursday.

While the obstruction charge against Mumford was dropped, Claiborne said police are attempting to have his probation revoked. Mumford, who pleaded guilty in October 2014 to misdemeanor marijuana possession and felony of a controlled substance, is scheduled to have a hearing about his probation in September.

Claiborne said it's not clear if Mumford will sue over the arrest.

"We're calling for accountability and transparency and an apology," Claiborne said. "We're asking them to take ownership of the fact that they messed up."