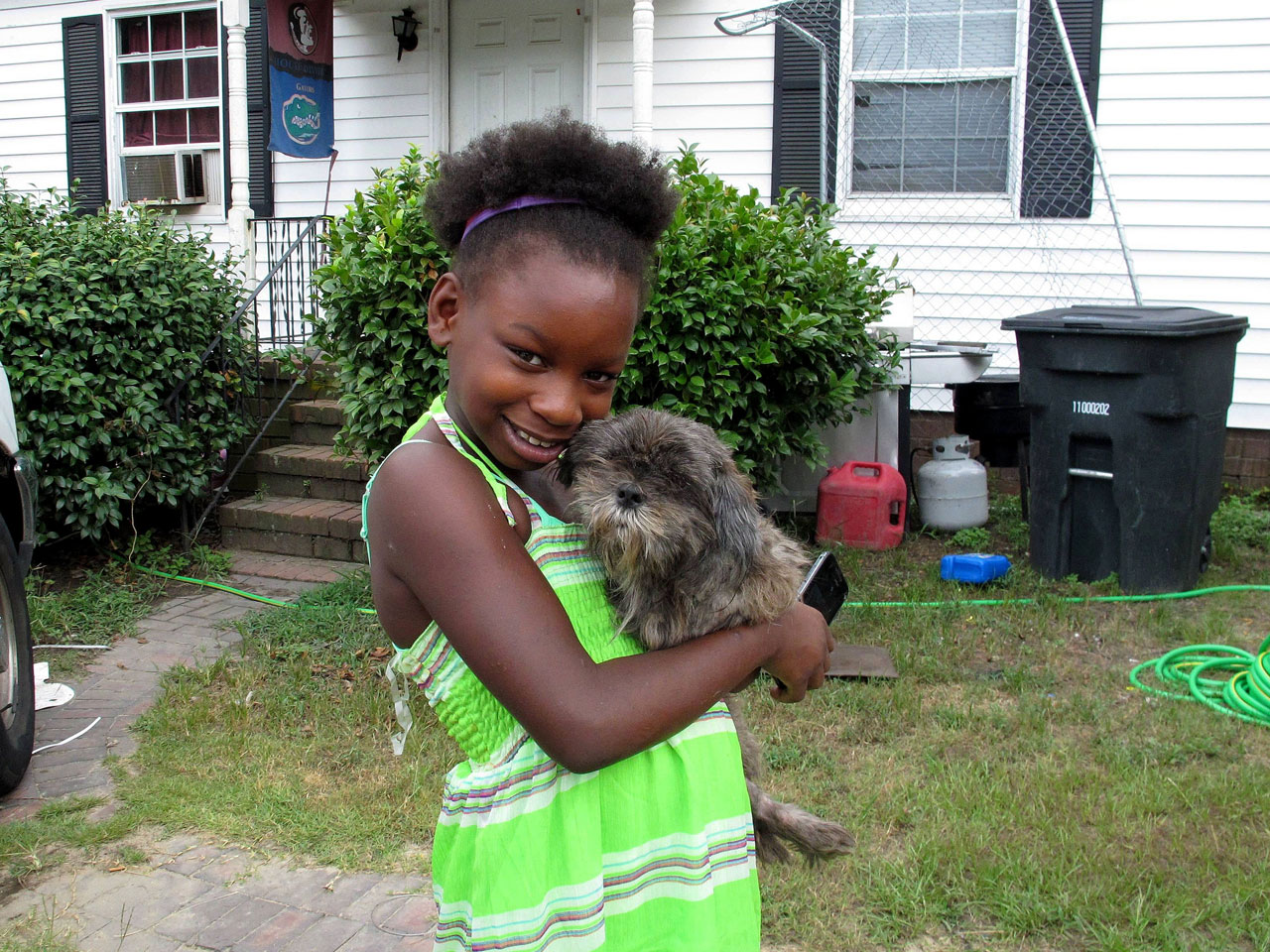 NORTH AUGUSTA, S.C. - Plenty of working parents can relate to the dilemma Debra Harrell faced when her 9-year-old daughter asked to play unsupervised in a park this summer. How do you find the time and money for child care when school is out?

Harrell's answer to that question got her arrested. She spent 17 days in jail, temporarily lost custody of her girl, thought she lost her job, and still faces 10 years in prison if convicted of felony child neglect.

CBS News legal analyst Rikki Klieman told "CBS This Morning" that Harrell is unlikely to face the maximum punishment, but it does put parents everywhere on notice.

The decision of this 46-year-old single mother and McDonald's shift manager has been picked apart since police were called when Regina was spotted alone in the park.

But some of their neighbors tell The Associated Press that Harrell shouldn't be vilified, because many nearby families also leave their kids at Summerfield Park. In the South Carolina summer, the park has obvious appeal to kids: there's cool water on a splash pad, a playground and basketball courts, and a volunteer comes by with a free breakfast and lunch. Plenty of friends and some parents and caretakers also are around to keep an eye on things, they say.

"Her child is not the only one at that park without a parent. There are children all over this neighborhood. They hold the feed-a-child program. There's that splash pad too," said Angelina Scott, who lives one street over from Harrell and has a daughter in the same grade as Regina.

South Carolina criminalizes leaving a child at "unreasonable risk of harm affecting the child's life, physical or mental health, or safety." But the law offers no specifics on when a child can be left alone without supervision, giving police and prosecutors wide discretion to decide whether a parent's actions have been criminal, or just unwise, said Harrell's lawyer, Robert Phillips.

Nationwide, about 5 percent of elementary school-aged children living just with their mothers are left alone at some point during a typical week, according to 2011 report from the U.S. Census Bureau, which notes that the percentage likely increases in the summer.

For the libertarian Reason Foundation, Harrell's arrest is an example of how the government thinks it knows better how to raise a child than her mother. An opinion piece in The Los Angeles Times suggested it shows how society is predisposed, without evidence, to think black women are worse mothers. Bloggers cite her case in online duels, with some railing against "helicopter parenting" and others saying it's just too dangerous for a 9-year-old girl to venture out into today's world alone.

In Harrell's North Augusta neighborhood, people are talking more about the struggles of low-income parents to find safe places for their children when school's not in session.

Despite the sweltering heat, Trina Thomas brings her children to the park for the free lunch and the playground. Her kids are 3, 5, and 11, and she can't imagine leaving her oldest alone.

But she is fully aware of the pressure of summer care: Because she watches her kids herself, she has fewer hours at her cosmetology job. Her clients also must spend more for child care, so their every-two-week trip to the beauty shop becomes once a month.

"Summer costs me money," she said.

Regina stayed at the McDonald's each day at first, passing the summer hours with her mother's laptop on the restaurant's wireless connection. But it was stolen from their home in June, the second burglary in less than a year, according to Aiken County Sheriff's Office reports.

Without the computer, she "sat there and was bored to death. She simply asked her mother if she could drop her off at the park rather than drop her off in a McDonald's area all day," Phillips said.

"What are the options that are the best for the child? And are certain options criminal?" he asked.

On June 30, a woman approached Regina after seeing her alone for five hours. Regina said her mother dropped her off while she worked at the nearby McDonald's, and that she had spent plenty of time there by herself, according to the police report.

The arrest warrant accuses Harrell of abandoning her child numerous times at the park between June 6 and June 30, without providing specifics. A worker for the charity that feeds needy children said she often saw Regina there and knew she wasn't with her mother, but apparently didn't think it necessary to call police. The witnesses' identities have been withheld by police and prosecutors, who said it would be improper to try the case in the media.

Harrell's next court appearance is scheduled for September.

Scott says the arrest is already having an impact: Neighborhood kids left alone at home don't go to the park as often, and aren't even congregating outside as much.

Harrell has no criminal record in South Carolina, where property records suggest she moved about three years ago, and the state's child welfare agency said she wasn't under investigation until now. She had a string of arrests in Florida, for drug possession, bounced checks, driving without a license and "nude or semi-nude acts." But her last brush with the law outside of a traffic violation came in 2006, when she was found guilty of cocaine possession.

People sympathetic to Harrell's plight have donated nearly $40,000 through an Internet site to a trust fund set up for the girl's education.

Regina wasn't harmed the day police picked her up in the park, or apparently any day this summer. The girl who made the A-B Honor Roll at her elementary school came outside with her mother when an AP reporter stopped by. She smiled and nodded, hugging her tiny dog Roscoe, when asked if she's happy to be home.

Harrell referred questions to her lawyer, and her co-workers said they've been told not to talk. But she said she's going back to work at McDonald's, where she said supervisors told her she's still welcome.

"I'm just happy she's back," Harrell said, standing next to her daughter outside their small home.