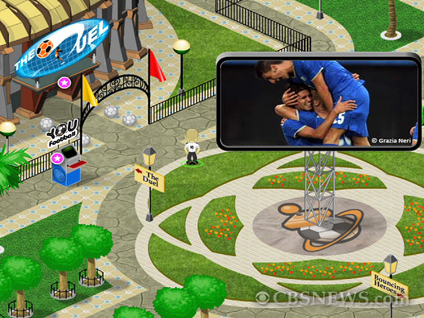 The South Beach Diet is known for producing svelte bikini-clad bodies on its namesake sands, but now the diet's promise to melt away belly fat is drawing an unlikely group into the low-carb craze: vegetarians.

For years low-carb and vegetarian diets have been on opposite ends of the eating spectrum -- when an Atkins dieter orders a bunless burger, a vegetarian orders a burgerless bun.

But Dr. Arthur Agatston, a Miami Beach cardiologist who created the South Beach Diet, said he developed a vegetarian version of his plan long before it became a best-selling book and diet to the stars.

Now about 4,000 vegetarians use his diet's Web site, which offers meatless meal plans and recipes. "Vegetarian Times" magazine featured the diet in its January edition. And vegetarians inundate Agatston with calls when he appears on radio and talk shows.

"I have been surprised that so many vegetarians have called," he said.

He isn't the only one.

"I get, 'What do you mean? Isn't that low-carb? How do you do low-carb and be a vegetarian?"' said Deborah Pavek, a 42-year-old vegetarian in Salt Lake City who lost 13 pounds after nearly two months on the diet.

A family history of obesity and a weakness for sugar had contributed to his previous weight of 300 pounds.

Part of the allure of the South Beach Diet is that it allows more carbs -- followers call it modified-carb, not low-carb -- than some other diets.

"I haven't done Atkins because I don't eat meat and there's no way I could eat all that tofu," said Jann Marks, 45, of the Chicago suburb of Darien. But she's lost 15 pounds on the South Beach Diet and is "not eating a ton of tofu."

So what does a South Beach vegetarian eat?

Lots of vegetables, beans, legumes and soy products. Fruit and whole-grain foods - like whole-wheat pasta and old-fashioned oatmeal -- are allowed in moderation in the second and third phases of the diet.

If the vegetarian eats eggs and dairy products, those are allowed too -- as long as dairy is low-fat.

The first phase of the three-phase diet is the most restrictive, cutting out all fruit, bread, pasta, rice, potatoes and baked goods. It lasts for two weeks and promises eight to 13 pounds of weight loss.

Vegetarians might not see a dramatic weight loss in the first phase, said South Beach dietitian Marie Almon, because they are eating more carbohydrates than meat eaters.

In the next two phases, more fruit and other carbs are reintroduced.

Dawn Jackson, a dietitian and spokeswoman for the American Dietetic Association, said the South Beach Diet is generally healthy -- even for vegetarians -- because it helps people make better food choices.

But she suggests most vegetarians could just "take their current diet and just make modifications to it."

"It is more in the era of processed carbs that people say they're a vegetarian and they're still overweight," Agatston said.

"Ice cream is vegetarian," notes Lynne Forti, 41, of Middleboro, Mass., who dropped 10 pounds in two months on the South Beach Diet. "There's a lot of things that are vegetarian that aren't necessarily good for you."

The 48-year-old Patlak says he's replaced root vegetables with green leafy ones and the vegan deserts with a homemade yogurt-based pudding.

He's gained so much confidence and motivation from the weight loss he's made other changes in his life -- including running for Congress.