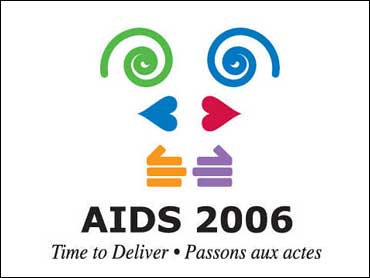 South Africa came under withering attacks at the closing of the weeklong global AIDS conference on Friday, with some of the world's leading AIDS experts accusing the government of ignoring the epidemic and promoting inadequate prevention methods.

As the 16th International AIDS Conference concluded, Stephen Lewis, the U.N. special envoy for AIDS in Africa, said that of all the things that has infuriated him in his AIDS work, "South Africa is the unkindest cut of all."

"It is the only country in Africa whose government continues to promote theories more worthy of a lunatic fringe than of a concerned and compassionate state," he said.

Lewis, who has been barred from U.N. work in South Africa, acknowledged it may not be politically correct for a U.N. envoy to publicly condemn a member state, but said: "It is not my job to be silenced by a government when I know that what it is doing is wrong, immoral and indefensible."

The South African government last year estimated that 5.5 million South Africans have HIV, accounting for more than one-eighth of the estimated cases worldwide. UNAIDS estimates that more than 19 percent of people aged 15 to 49 in that country are infected.

The South African government insists that it has stepped up its care and treatment program, which it claims recently became the largest in the world. The ruling African National Congress described similar Lewis statements earlier in the week as "unacceptable."

Dr. Mark Wainberg, a McGill University AIDS specialist and co-chairman of the AIDS conference, also slammed the South African government's AIDS effort, saying that millions of HIV cases are due to "the failure of certain world leaders" to accept science and care for their people.

"It is something that burns a hole through my heart," Wainberg said.

Lewis—whose term concludes at the end of this year and whose remarks were greeted with sustained applause—said another undeniable fact in the battle against AIDS is the inequality of women and how that puts them at high risk of becoming infected.

Women account for nearly half of all HIV-infected adults worldwide and for 59 percent in sub-Saharan Africa.

"It is the one area of HIV and AIDS which leads me feeling most helpless and most enraged," he said. "It's a ghastly, deadly business, this untrammeled oppression of women in so many countries on the planet."

Lewis also condemned G8 countries for not living up to their pledges at their 2005 G8 summit in Scotland to finance the global Fund for AIDS, Tuberculosis and Malaria. The lead funding agency for AIDS faces a $500 million shortfall this year—despite a recent pledge of half-a-billion dollars from the Bill & Melinda Gates Foundation—and another $1.4 billion next year.

"We are on the cusp of a huge financial crisis," Lewis warned. "No one is asking for any more than was promised. Everything in the battle against AIDS is being jeopardized by the G8."