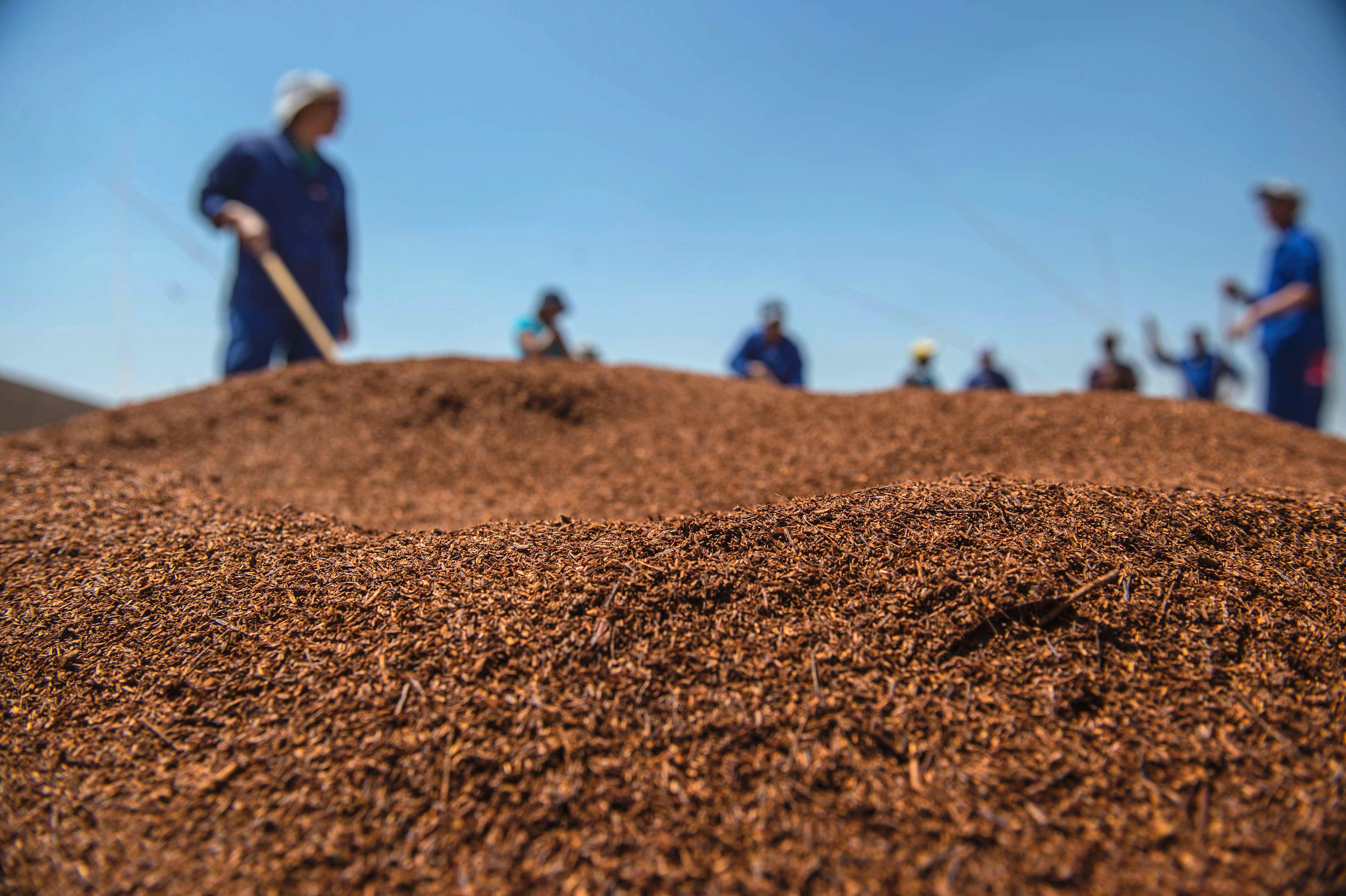 JOHANNESBURG -- Thousands of white farmers have snarled traffic on some major roads in South Africa in what they call the Black Monday protest against the high rate of murders of farmers.

Convoys of hundreds of slow-moving trucks and cars brought traffic to a crawl on highways leading from farming areas to Cape Town, Pretoria and Johannesburg, and white farmers and their supporters wore black in memory of farmers killed. The protests have been peaceful and the South African police have accompanied the demonstrators.

The protests are backed by AfriForum, a lobby group which promotes the rights of South Africa's white minority, especially the Afrikaner population descended from Dutch settlers. AfriForum claims that 70 white farmers have been murdered in 341 attacks on farms so far this year.

Some protesters were seen carrying a flag from the nation's apartheid era, when the white minority was in power and black people couldn't vote, the BBC reports.

The rate of murders of white farmers is much higher than South Africa's general murder rate, said Ian Cameron, AfriForum's head of community safety, speaking at the Afrikaners' Voortrekker Monument in Pretoria where hundreds of protesters gathered.

The protest has been criticized by the Black First Land First group which claimed in a series of tweets that white farmers are perpetrating violence against black people.