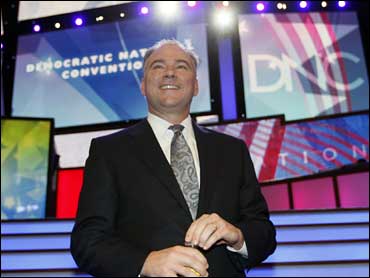 Virginia Gov. Tim Kaine is set to become the next chairman of the Democratic Party. Two Democratic officials said Sunday that President-elect Barack Obama has chosen the governor to take over the Democratic National Committee.

The officials spoke to The Associated Press on a condition of anonymity because the decision had not yet been officially announced.

Kaine plans to work at the party part-time until 2010, when his term as governor is up and he can take over the DNC full-time.

The Republican National Committee is meeting this week, in part to discuss who will take over for departing chairman Mike Duncan. The new RNC head will be expected to take the lead in responding to the Democratic administration as well as rebuilding a party left in tatters after sweeping defeats in two straight elections.

Kaine campaigned vigorously for Obama in Virginia during his presidential run. The day after the election, Kaine said Obama's triumph in the state _ the first for a Democrat seeking the presidency in 44 years _ was the apex of everything he had worked for since law school.

Kaine was mentioned as a possible running mate after Obama clinched the Democratic presidential nomination; Delaware Sen. Joe Biden eventually won that spot. After the election, Kaine was mentioned as a potential choice to serve as education secretary; Obama instead chose Chicago schools superintendent Arne Duncan. In November, Kaine said he wasn't interested in the DNC job.

Virginia law prohibits an incumbent governor from running for re-election.

A former DNC chairman, Terry McAuliffe, said Saturday he intends to run for governor of Virginia. In a video posted on his Web site, McAuliffe said he will make his intention to run official on Wednesday as part of a weeklong campaign kickoff.

McAuliffe faces two other Democrats who have been active for nearly a year in an already contentious nomination fight to succeed Kaine. State Sen. Creigh Deeds narrowly lost the attorney general's race in 2005, and former House Democratic Caucus chairman Brian Moran is also in the race.

The Democratic nominee will face Republican Attorney General Bob McDonnell, who is unchallenged for his party's nomination, in the Nov. 3 election.