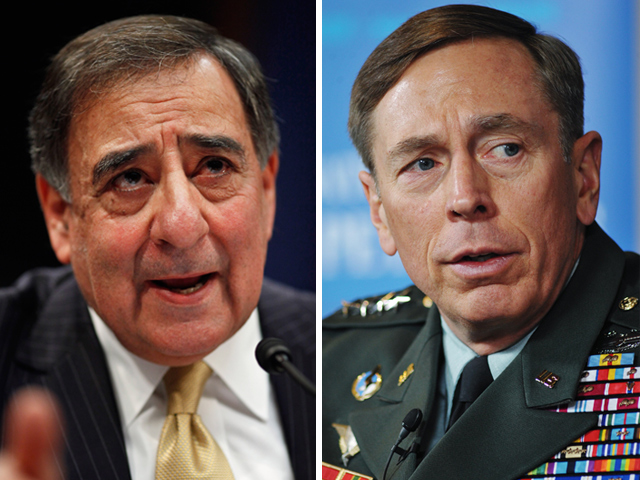 Sources confirmed the news of Panetta being chosen to replace Gates to CBS News national security correspondent David Martin. Petraeus' expected nomination for the CIA post comes according to an Associated Press source.

A senior defense official told CBS News that Gates recommended Panetta to Mr. Obama six months ago because of his budget experience, management experience, and intelligence experience - the Pentagon controls 80 percent of the overall intelligence budget. Gates will leave his post on June 30. Petraeus probably won't leave Afghanistan until September.

All sources spoke on condition of anonymity because the changes are not final.

The changes would probably take effect this summer. Gates has already said he will leave this year, and the White House wants to schedule Senate confirmation hearings in the coming months.

The officials say Mr. Obama is expected to also announce that Lt. Gen. John Allen would replace Petraeus as Afghanistan commander, and that diplomat Ryan Crocker will be the next U.S. ambassador in Afghanistan.

A senior official says Gen. Allen will take up his position in Afghanistan - assuming senate confirmation - at the beginning of September. In the interim, the official says, Allen will become special assistant to the chairman of the Joint Chiefs of Staff, and spend next the few months preparing for his presumed assignment in Afghanistan.

The changes are expected to be announced Thursday at the White House. A former U.S. official said all four candidates would stand together with Mr. Obama for the announcement. White House Press Secretary Jay Carney said Wednesday morning that the president will be making a personnel announcement on Thursday.

Panetta and Petraeus are both clearly qualified for the new jobs and should be easily confirmed by the Senate, according to Martin. The latter's "presence at the CIA will be good news for the troops in Afghanistan since he will know -- better than any other CIA director could -- exactly what intelligence they need in the field," says Martin.

Martin: Panetta and Petraeus should sail through Senate

Allen, now the deputy commander of U.S. Central Command in Florida, is due in Washington on Wednesday, and sources in Afghanistan said Petraeus was also headed to Washington.

The Associated Press first reported Tuesday that seasoned diplomat Crocker is the top candidate for the Afghanistan ambassadorial post as part of a far-reaching revamping of the nation's top leadership in the conflict there, now in its 10th year. The Washington Post first reported that the additional changes would be announced as a package deal.

Officials said Tuesday the White House was weighing several factors, including Crocker's role in the larger cast change in Afghanistan policy this summer and fall. Those personnel changes are unrelated to the progress of the prolonged war but come just as Mr. Obama needs to demonstrate enough success to follow through with his pledge to begin withdrawing U.S. forces in July.

U.S. military and civilian defense leaders call 2011 the make-or-break year for turning around the war and laying the path for a gradual U.S. exit by 2015. The main obstacles are the uncertain leadership and weak government of Karzai, the open question of whether the Taliban can be integrated into Afghan political life and the continued safe harbor Pakistan provides for militants attacking U.S. and NATO forces over the border in Afghanistan.

A U.S. official who confirmed Panetta's move to the Pentagon said the White House chose him because of his long experience in Washington, including working with budgets at the intelligence agency, as well as his extensive experience in the field during his time as CIA director. The official said Panetta had traveled more than 200,000 miles, to more than 40 CIA stations and bases and more than 30 countries, including Afghanistan and Pakistan.

Petraeus, who took over as Afghanistan war commander in June, has been expected to leave that post before the end of this year. His name had been floated for weeks as a possible replacement for Panetta if Mr. Obama tapped Panetta to replace Gates as Pentagon chief. Current and former administration officials noted that Petraeus would bring a customer's eye to the job as one of the key people to use and understand CIA and military intelligence during the wars in Afghanistan and Iraq.

Petraeus claims that military advances, especially in the traditional Taliban stronghold areas of southern Afghanistan, have blunted the Taliban-led insurgency and given the edge to the U.S. and its NATO partners. A planned transition to Afghan security control begins this year, and the U.S. wants to start withdrawing some of its approximately 100,000 forces in July.

Sending Crocker to Afghanistan would briefly reunite him with Petraeus, re-creating the diplomatic and military "dream team" credited with rescuing the flagging American mission in Iraq. Crocker would replace Ambassador Karl Eikenberry, a former Army general whose two-year tenure has been marred by cool relationships with major players in the Afghanistan war, including the White House, U.S. military leaders and Afghan President Hamid Karzai, administration and other sources said.

The nearly wholesale changes at the top of Mr. Obama's Afghanistan military and diplomatic lineup will leave fewer military and civilian leaders who have Obama's ear and who also have Afghanistan experience. Allen, the choice to become Afghanistan war commander, has never served there.

Adm. Mike Mullen, chairman of the Joint Chiefs of Staff, will leave his post in September after four years dominated by the ebb of the war in Iraq and the escalation of the one in Afghanistan. The top candidate to replace Mullen is Marine Gen. James Cartwright, who also has never served in Afghanistan.

Crocker, now at Texas A&M University, didn't respond to emails from the AP seeking comment. His assistant, Mary Hein, said he has been traveling for the school over the past week and was not available for interviews.