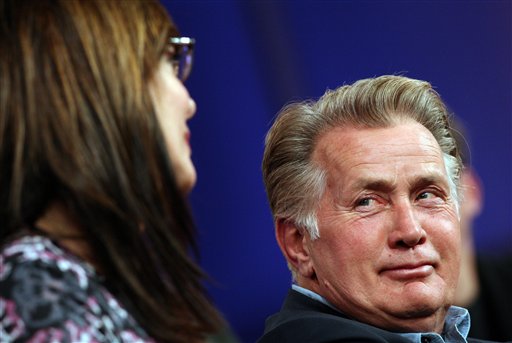 Sammy Sosa says he is not on the same level as Mark McGwire. But the way the Chicago Cubs' slugger has been hitting lately, its hard to tell.

"Don't compare me with McGwire," Sosa said Sunday after hitting his 10th homer in his last nine games as the Cubs beat the crosstown White Sox 13-7 to sweep the three-game series. "He's a pretty good home run hitter."

McGwire has a major league-leading 28 homers, but Sosa isn't far behind with 19 after hitting one for the fourth straight game.

Sosa and Jose Hernandez each hit three-run homers and had five RBIs as the Cubs won their ninth straight.

"Jose had a big day. Sammy had another big day. A lot of people were contributing," said Cubs manager Jim Riggleman.

Now the White Sox have to contend with McGwire, whose St. Louis Cardinals start a three-game series at Comiskey Park on Monday.

"It's (going to be) the Mark McGwire show," said Frank Thomas. "I'm not thinking too much about the next series until tomorrow."

It was the third consecutive three-game series sweep for the Cubs, the first time they have done that since September 1938. The Cubs (37-24) are on their longest winning streak of the decade and are 13 games over .500 for the first time since the last day of the 1989 season.

"Last year we were struggling. This year, the other guys are doing good and I'm seeing better pitches," Sosa said. "It's fun for me to go home relaxed."

"We missed a lot of opportunities early, but they cashed in on theirs. That's the sign of a good team. They're really playing well," he said.

The White Sox scored first on Robin Ventura's RBI groundout with the bases loaded in the first.

The Cubs went ahead 5-1 in the bottom of the inning off Mike Sirotka (6-6). Sosa had a two-run broken-bat double and Hernandez hit a three-run blast into the left-field bleachers, his seventh homer and second in two days.

Scott Servais had a two-out, two-run double and Gonzalez followed with an RBI single for an 8-1 Cubs' lead in the third.

Ray Durham had an RBI single in the White Sox fourth.

The Cubs went up 10-2 on Hernandez' two-run double in the bottom of the inning. Sosa's three-run homer to the center-field seats in the fifth put his team ahead 13-2.

The White Sox scored five in the seventh. Frank Thomas had an RBI double, Ventura an RBI groundout, Wil Cordero an RBI single and Magglio Ordonez a two-run home run.

Notes: A weekend total of 115,649 saw the interleague series, including 39,320 Sunday. The Wrigley record for a three-game series i120,328 against the Reds just before the 1994 strike. ... Cubs first baseman Mark Grace returned to the starting lineup after missing Saturday's game with a sore right instep. ... The White Sox started left-handed pitchers in all three games against the Cubs, a team with a NL-best 12-4 mark vs. lefties. ... Gonzalez's RBI was the 14th by a Cubs pitcher this season. ... The Cubs have not made an error during their winning streak. ... Hernandez's five RBIs was a career high.