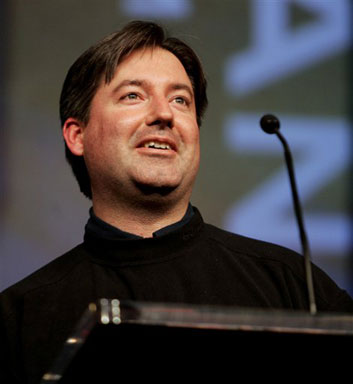 Sammy Sosa wasn't able to deliver with the game on the line, but his mere presence in the lineup helped ensure that Mickey Morandini could.

On a night when Sosa went 2-for-5 with one RBI but no home runs, leaving his total at 52, Morandini delivered the winning hit in the 10th, lifting the Chicago Cubs past Colorado 11-10.

The win tied Chicago with New York in the NL wild-card race, one game ahead of San Francisco.

Although Sosa didn't take advantage of hitter-friendly Coors Field, it wasn't due to lack of support. Colorado fans cheered him at every at-bat -- and booed lustily when Sosa was intentionally walked in the 10th.

Manny Alexander led off the inning with a walk against Mike Munoz (2-2). Lance Johnson reached on a fielder's choice and stole second. Morandini, on a 2-0 count, then singled to right for his third hit of the night.

Morandini said he got a good pitch to hit because Sosa was due up next.

"On 2-0, he's not going to walk me with Sammy coming up," Morandini said. "He is going to throw strikes. I was looking for a fastball, and I hit it in the right spot."

Mark Grace had three hits and four RBI, and Brant Brown had a three-run homer for the Cubs, who rallied from a 9-3 deficit and matched a season high with 19 hits.

Grace's two-run double in the eighth put Chicago ahead 10-9.

Todd Helton's RBI single tied it in the bottom half, Helton's fourth hit and fourth RBI.

Larry Walker, returning o the starting lineup following an eight-game absence because of a finger injury, had three hits for Colorado.

Chicago rallied for five runs in the seventh, including Brown's homer and a solo shot by Jose Hernandez, to cut Colorado's lead to 9-8.

In the eighth, the Cubs loaded the bases with no outs. Sosa's shallow fly ball to left was turned into a double play when Dante Bichette threw out Alexander, trying to score from third. Grace then doubled down the right-field line off Jerry Dipoto.

"Sammy can't come through every time," Grace said. "When he doesn't, it's my job hitting behind him to get it done."

Sosa shrugged off his third homerless game at Coors Field this season.

"I didn't have any home runs, but at least I had a couple of hits, an RBI and scored a run," he said. "That counts, too. I pretty much know what I'm doing. I can't be out of control. I just want to stay the same, relax, and whatever happens, happens."

Terry Mulholland (4-5) pitched two innings, and Rod Beck got three straight outs for his 38th save.

"I thought 9-3 was a comfortable lead," Rockies manager Don Baylor said. "I wanted Astacio to get through another inning, the seventh. (Reliever Dave) Veres was kind of iffy. I really didn't think I was going to have to use the entire bullpen."

Vinny Castilla's 38th homer put the Rockies ahead 2-0 in the second off Mike Morgan, acquired Tuesday in a trade with Minnesota.

Hernandez singled and scored on Johnson's sacrifice fly in the third off Pedro Astacio.

Colorado made it 3-1 in the fourth when Mike Lansing hit a leadoff triple and scored on Jeff Reed's double. Three straight singles helped the Cubs tie it in the fifth, including RBI singles by Sosa and Grace.

The Rockies reclaimed the lead 5-3 in their half. Bichette led off with his 20th homer. Walker doubled, chasing Morgan, and Helton hit an RBI double off Rodney Myers.

Colorado batted around in the sixth, scoring four runs with two outs, with Helton's two-run single off Don Wengert the key blow.

The Cubs got five in the seventh on Grace's RBI single, Brown's three-run homer off Astacio and Hernandez's solo homer, which ended Curtis Leskanic's scoreless streak at 22 innings.