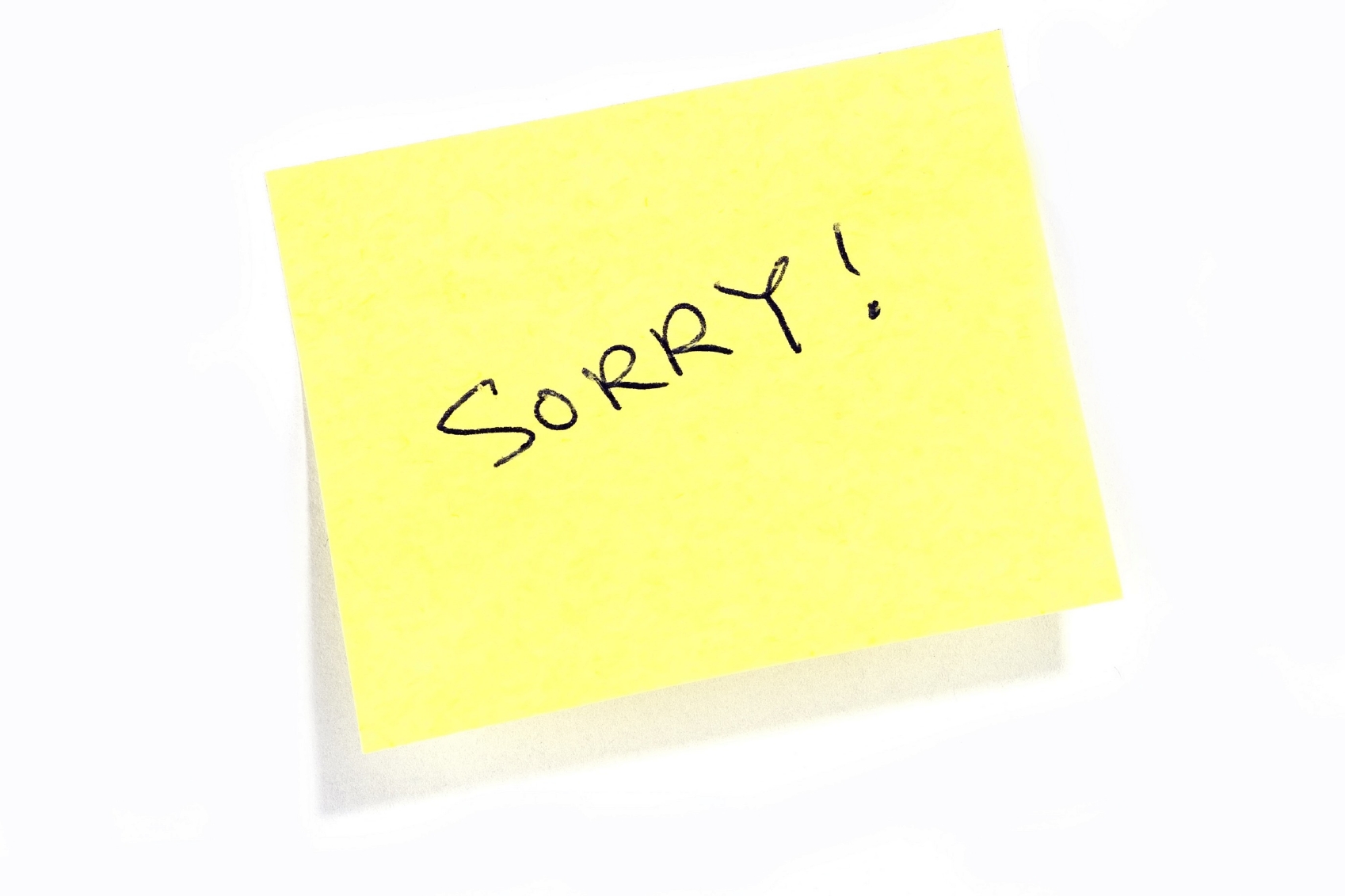 If you've ever said or done something you regret (and who hasn't?) it may help to know the best way to say you're sorry.

Scientists who've studied the issue say there are six elements that go into an effective apology, and some are more important than others.

Two of the six steps are key to having your apology accepted, according to a new study led by Roy Lewicki, professor emeritus of management and human resources at The Ohio State University's Fisher College of Business.

To better understand the nuances of apologies and what makes them work, he and colleagues conducted two different experiments involving 755 people to see how they reacted to apologies. They were tested using simulated workplace situations, and the results showed that the best apologies included all six of the following elements:

2. Explanation of what went wrong

"You may not get all the elements in, but particularly, the acknowledgement of responsibility was an important component," Lewicki told CBS News.

You can word it in any number of ways, he said: "It was my fault," "I made a mistake," "I didn't tell the truth." Incorporating any of those or similar acknowledgments into your apology goes a long way toward healing the situation, he said.

"Or, as some politicians are fond of saying, 'I misspoke,'" Lewicki added.

Second to acknowledging responsibility for the wrongdoing, offering to repair the damage was the next most important gesture. It shows people you want to correct the harm you caused, Lewicki said.

The least important element of an apology was asking for forgiveness.

The value of each of the six components came up the same whether the apology was related to a failure of competence or an integrity issue. The authors reported that a lack of integrity was less forgivable than a lack of competence.

Lewicki noted another interesting discovery: "In most cases, when you go back to try and figure out the precipitating incident, it wasn't all that critical, but the failure to act was."

He said the timing of an apology is important, too. "Other research shows that the sooner an apology happens, the better. If you wait a long time, the die has been cast."

Jacqueline Hudak, Ph.D., a family therapist and clinical director of the Center for Couples and Adult Families at the University of Pennsylvania's Perelman School of Medicine, said when it comes to apologies between spouses and family members, different approaches may be more effective.

She said workplace conflicts are typically about competency or integrity. "It's usually a one-time thing," Hudak said. But family dynamics may be more complex.

With spouses, for example, Hudak said she uses an accountability model more than an apology-based approach.

"There are typical, common issues families live with where they're dealing with repetitive and chronic, hurtful infractions every day. That's why I move from an apology to, 'I can really understand how I hurt you,'" said Hudak, who says interpersonal relationships are often more focused on the work of repair -- number five on the study's list.

Lewicki said future studies may test voice changes during an apology to see if some are more effective than others. There may be gender differences, too, that could be looked into in more depth.