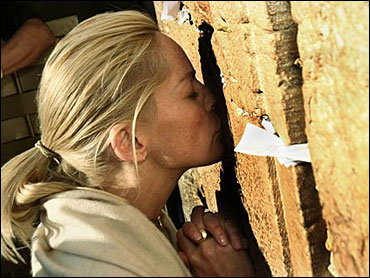 Brent Barry wasn't sure until just before game time whether he could play against the Los Angeles Clippers.

Still bothered by a right hip pointer that kept him out of Seattle's game at Phoenix on Sunday, Barry scored five of his 14 points in the final 45 seconds, as the Sonics beat the Los Angeles Clippers for the ninth straight time with a 98-93 victory.

"It's still quite sore," Barry said. "I was able to get loose and that allowed me to play."

Barry had seven assists and played 38 minutes as Seattle beat the Clippers for the second time this season and remained unbeaten at home.

Vin Baker had 24 points on 10 of 13 shooting and six rebounds and Gary Payton had 20 points and 11 assists. Rashard Lewis came off the bench to score a career high 11 points and grab a career-best seven rebounds for the Sonics.

"Execution the last two or three minutes cost us," said Odom, who had 13 points.

Derek Anderson led the Clippers with a season-high 29 points and Tyrone Nesby had 18.

That was the final basket for the Sonics until Barry's game-deciding 3-point shot.

The Clippers got within 92-91 on Hudson's layup with 1:55 left but that was as close as they came.

Seattle's trapping defense slowed down Odom as the Clippers rookie forward, who etered the game averaging 19.8 per game, was 4-for-11 from the field after scoring 30 points against the Sonics in the season-opener in Los Angeles.

Clippers coach Chris Ford was pleased with his team's effort but disappointed they could not finish it up.

"Lamar settled for jump shots late in the game," Ford said. "He'll learn from that. We played a great game but just didn't get it done at the end."

After Michael Olowokandi's rebound basket gave the Clippers an 81-80 lead, the Sonics reclaimed the lead for good on a baseline dunk by Lewis and a basket by Greg Foster with 9:07 left.

Olowokandi picked up his fourth foul with 6:54 left in the third period and sat out the rest of the quarter.

The Clippers erased a 46-38 deficit with a 13-1 run over the final 3:06 of the first half for a 51-47 halftime lead. Anderson scored nine points and Troy Hudson had four during the closing spurt.