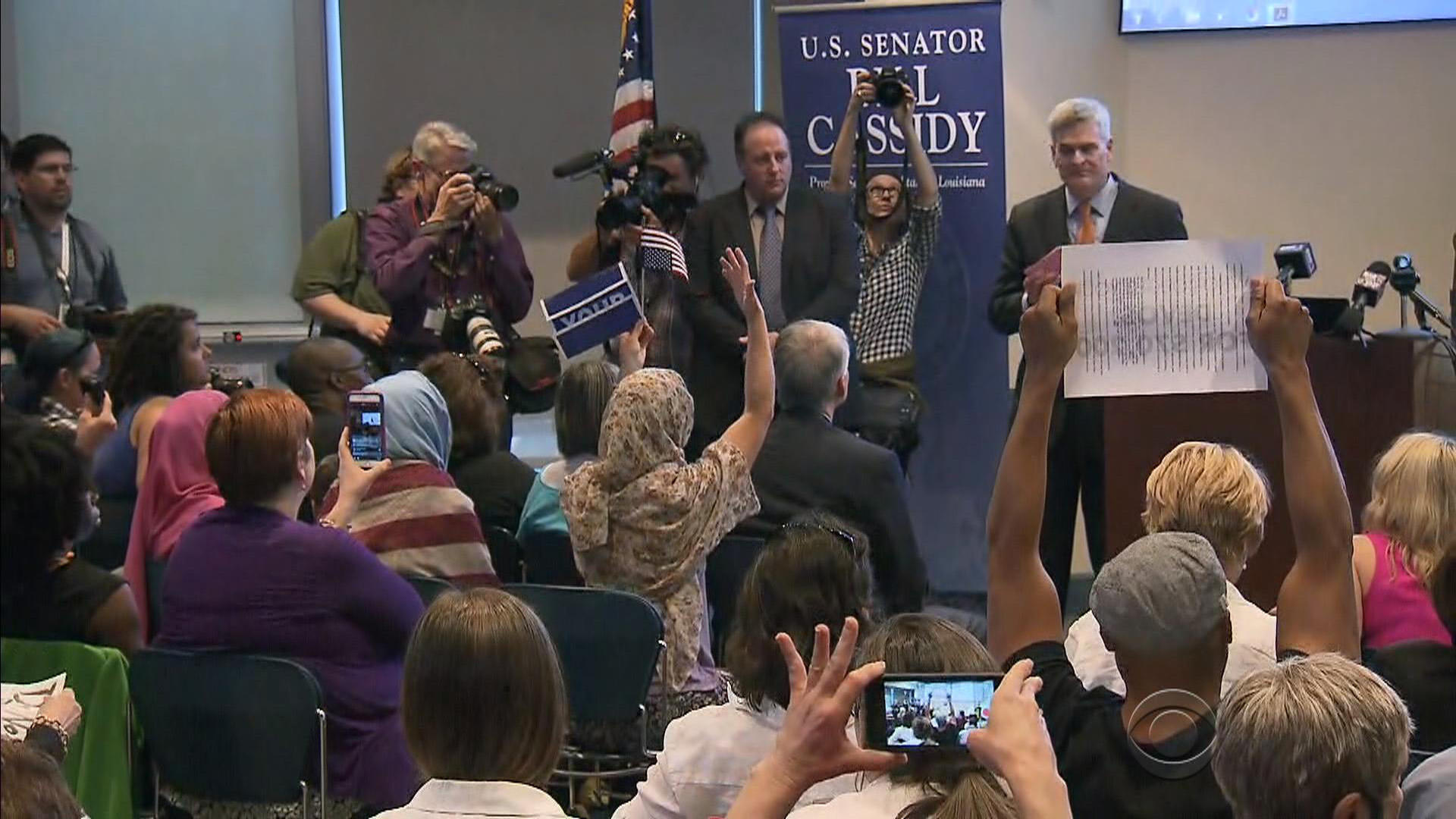 The administration claims professional outside agitators are partly to blame.

If professional agitators were lurking in the line outside the Jefferson Parish Library Wednesday, we didn’t meet them.

This group of mostly retired women brought homemade signs, umbrellas for the sun, and a newfound sense of activism.

They came to confront Louisiana Sen. Bill Cassidy about the Trump agenda and about Obamacare

And when he was late, they started without him.

“This child standing in front of you is completely uninsured,” one woman told the room, to boos.

Cassidy is a doctor himself -- and one of the few Republicans to introduce his own Obamacare replacement.

“Under our plan, you might end up with more people insured than under the ACA,” he told the crowd, to boos and angry questions.

But the tax credits he’s proposing to help buy insurance have turned off colleagues on the right, while the left worries about the power he’d give states to scale back Medicaid.

“The instability that would create in the state, in our health insurance market -- that’s not good for anyone,” said Susan Todd, who runs a local association of non-profit health care providers. She helped spread the word about Wednesday’s town hall

Todd says the crowd is “pretty good” compared to her expectations.

Todd says she wouldn’t pay protesters, even if she had the ability to.

The White House says these protesters are a vocal minority, and here in Louisiana, that may very well be true. President Trump won here by 20 points. But the Tea Party was a vocal minority too and still managed to push a lot of lawmakers to the right.