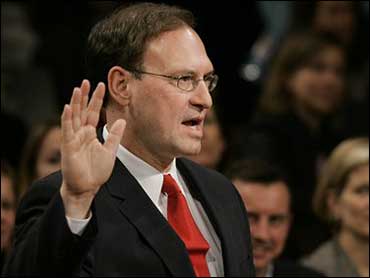 The 1998 Winter Olympics in Nagano has come and gone and as with all large-scale life experiences, there have been lessons learned. Indeed, it seems that just about everyone involved in this year's competition could write a handy book of aphorisms for future organizers.

The International Olympic Committee discovered that when you hold a winter competition further south than any previous Games, you take your chances. A two-week mixture of slushy snow, rain, and fog resulted in repeated postponements, and eventually the first alpine triple-header in Olympic history. Hardly a downhiller's dream.

The National Hockey League learned that when you allow professionals to compete in the Olympics, you get amateurish performances. The U.S. Hockey Team embarrassed itself in a 4-1 loss to the Czech Republic, then proceeded to demonstrate their Olympic spirit by trashing their hotel room.

Hockey fans learned that sometimes ladies are more gentlemanly than men. The U.S. Women's Team earned its first gold medal, and in the process demonstrated a caliber of play that legitimized the sport in the eyes of the world.

Canadian Snowboarder Ross Rebagliati learned that maybe it's best to "just say no" prior to any Olympic competition. The giant slalom gold medalist endangered his claim to a gold medal by testing positive for marijuana. Radical, dude.

The Norwegian and Japanese speed skating teams discovered that you can't hinder the course of progress, especially in their fast-paced sport. The two teams protested the Dutch team's use of zig-zagging plastic strips on their suits. The enhancements reduce drag and allow the skaters to achieve speeds of up to 40 miles per hour. Coupled with newly designed "clap" skates, these plastic strips provided a high-tech boost and the Dutch dominated the speed skating competition like never before.

The world learned that you're never too young to be an Olympic champion, as Tara Lipinski captured the gold in the ladies figure skating competition at the tender age of 15.

And what did host-city Nagano learn from the greatest amateur sporting event on earth? It seems that both fans and athletes found out that home is truly where the heart is. Kazuyoshi Funaki and Masahiko 'Happy' Harada led their ski-jumping team to four medals over the course of the past two weeks, recalling Japan's glorious run at the 1972 Games in Sapporo. The Japanese team as a whole turned in its finest Winter Olympics performance.

But perhaps, more importantly, this traditionally reserved island nation has had to deal with boisterous internationals, jammed roads, and media blitzes, and it has done so with grace and enthusiasm.