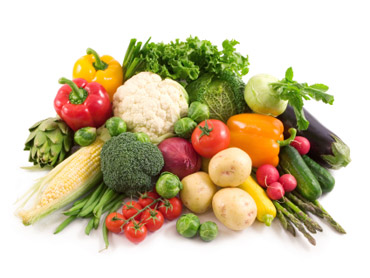 (WebMD) Most Americans are getting recommended amounts of vitamins, iron, and other essential elements in their diets, but women and some racial and ethnic groups may be low in certain key nutrients, a new government report shows.

The new report, from the CDC, measured 58 essential nutrients -- including vitamins, iron, folate, and iodine -- in the blood and urine of thousands of people who are participating in the ongoing National Health and Nutrition Examination Survey (NHANES) at two different time points, from 1999 to 2002 and from 2003 to 2006.

Less than 10% of people in the study had any nutritional deficiencies.

When researchers narrowed their focus, however, they did find some trouble spots.

"The highest deficiencies we found were for vitamin D," says researcher Christine M. Pfeiffer, PhD, chief of the nutritional biomarkers branch at the CDC.

Vitamin D is important for strong muscles and bones, and it may help protect against certain cancers and type 2 diabetes.

Vitamin D is found in fortified dairy products and fatty fish, but few of us get enough D from these sources alone.

Instead, most vitamin D comes from sunlight after it's processed by the skin. The CDC study found that nearly one-third of African-Americans and 12% of Hispanics have levels of vitamin D that are considered low by scientific standards, compared to 3% of whites.

Whether that's a problem or simply the result of a one-size-fits-all standard is a matter of debate.

Blacks and Hispanics have lower rates of osteoporosis than whites do, leading experts to wonder if everyone needs the same level of vitamin D.

"Blacks have better bone health, less fractures, stronger bone. It's interesting to see that they can maintain that, the good bone health, even though they have much lower levels than the other groups," Pfeiffer says.

Iodine deficiency, a problem that hasn't been widespread in the U.S. since the 1920s, when the element was first added to table salt, may be making a comeback.

As a group, women between the ages of 20 and 49 appear to have iodine levels so low they border on deficiency.

That's a concern in women of childbearing age in particular, researchers say, because a baby's brain can't develop normally without it.

"They may need special attention because we want to make sure they have the best possible brain development of the fetus," Pfeiffer says. Additionally, iodine is essential to the production of thyroid hormones, which help regulate energy.

Iodine levels appear to be falling in the U.S. and in several other industrialized countries because of changes to the way milk and bread are processed.

Also, people now get most of their dietary sodium from processed foods, not table salt. "Processed foods probably do not contain iodized salt, so the majority of salt in the diet -- 85% from processed foods -- is not providing iodine with it," says Karen Charlton, PhD, MPhil, MSc, an associate professor of health science at the University of Wollongong in New South Wales, Australia, in an email.

Charlton is an expert on iodine deficiency but was not involved in the research.

For nutritional insurance, Charlton says women who are pregnant or who are planning on getting pregnant should take a prenatal vitamin with 150 micrograms of iodine daily.

Besides iodized salt, good sources of iodine include seafood such as fish and shrimp. Seaweed is also rich in iodine. Beans, potatoes, meat, and eggs also contain substantial iodine.

Nearly 1 in 10 women between the ages of 12 and 50 had low iron levels. That's not a new problem, but it also doesn't appear to be getting any better, researchers say.

Certain groups appear to be at greater risk for iron deficiency.

"Non-Hispanic blacks and Mexican-Americans have higher rates of iron deficiency than non-Hispanic whites have," Pfeiffer says.

Important food sources include seafood, red meat, and poultry, fortified cereals, beans, and leafy greens like spinach. Iron can sometimes be hard to absorb from dietary sources alone. People who are low on iron, particularly vegetarians, may need supplements.

Another nutrient that looks low, but may not be, Pfeiffer says, is vitamin B6.

The study found that one in 10 people over a year old were deficient in B6.

"B6 is important. It's involved in almost all of your enzymatic reactions for protein metabolism and energy," says Nancy Copperman, MS, RD, the director of public health initiatives in the Office of Community Health at North Shore-LIJ Health System in Great Neck, N.Y. "It is an important nutrient that you definitely don't want to be deficient in. It's important for neurological functions."

But Pfeiffer says B6 is widely available in food sources, so she doesn't think people aren't getting enough of it. Instead, she says, the standard for B6 may be too high, though that's still a subject of debate.

Vitamin B6 deficiency is uncommon, according the Office of Dietary Supplements at the National Institutes of Health. Symptoms include depression, confusion, abnormal electrical activity in the brain, scaling and cracking of the lips and corners of the mouth, a swollen tongue, and weakened immune function.

Good food sources include chickpeas, meat and fish, fortified cereals, and potatoes. B6 is also included in many multivitamins.