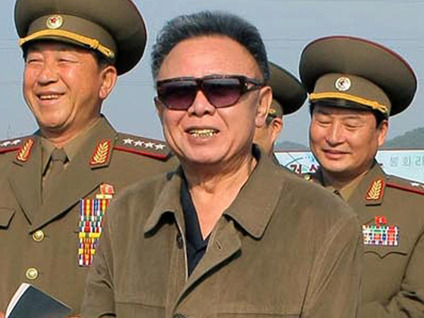 Piracy and terrorism-plagued Somalia is followed by four other African nations - Chad, the Sudan, Zimbabwe, and the Democratic Republic of Congo - in the top five.

And despite the presence of hundreds of thousands of U.S. troops as part of a nearly decade-old battle that promised stability, Afghanistan and Iraq rank sixth and seventh. One of America's principal allies in the so-called war on terror, Pakistan, is number 10.

(See the rankings on an interactive map.)

"None of the current top 10 has shown much improvement, if any, since Foreign Policy and the Fund for Peace began publishing the index in 2005," the magazine said on its website.

The index uses publicly available data to to analyze 177 countries on "12 metrics of state decay -- from refugee flows to economic implosion, human rights violations to security threats," the magazine said.

The leader of the world's most populous nation, Hu Jintao of China, takes the 10th spot.