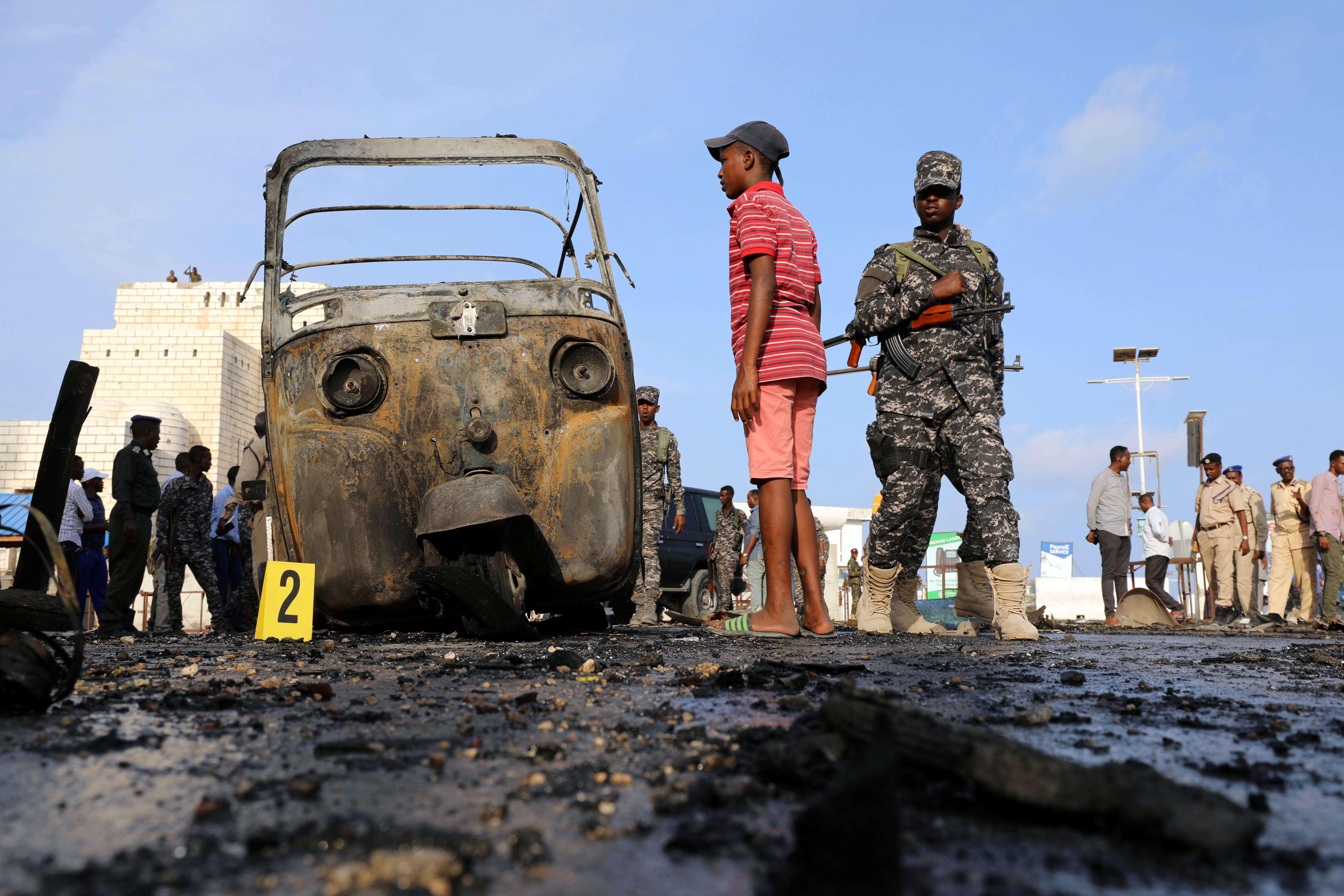 MOGADISHU, Somalia -- A car bomb exploded near Somalia's parliament headquarters in the capital, Mogadishu, killing at least four people along with the driver, police said Sunday, with several others injured. A huge cloud of smoke could be seen billowing over the area dotted with security checkpoints erected along a road leading to the presidential palace, whose main gate is just 200 yards from the blast site.

The car bomb was detonated at a checkpoint after soldiers intercepted and stopped a suspicious vehicle, senior police Capt. Mohamed Hussein told The Associated Press. Those dead included two soldiers, he said, while many of the nearly 10 people wounded are rickshaw drivers.

Extremist group al-Shabab claimed responsibility, saying it killed 13 presidential guards. However, the group often exaggerates its claims of the number of casualties.

Reuters reports one of their photographers witnessed ruined cars and overturned three-wheeled scooters.

A few hours earlier, another car bomb outside the capital killed one person plus the driver, police said. Officer Mohamed Abdi told the AP that the explosion occurred after soldiers arrived at the scene to inspect the "suspicious" car which had become stuck on a sandy road in the Sinka Dheer area.

The car bombings come three days after at least 14 people were killed and 10 others wounded in a car bomb blast near the Weheliye hotel on the busy Makka Almukarramah road.

Mogadishu is often a target of attacks by the Somalia-based al-Shabab, the deadliest Islamic extremist group in Africa. A truck bombing in October killed 512 people in the country's deadliest-ever attack. Only a few attacks since 9/11 have killed more people.

The Horn of Africa nation continues to struggle to counter the Islamic extremist group. Concerns have been high over plans to hand over the country's security to Somalia's own forces as a 21,000-strong African Union force begins a withdrawal that is expected to be complete in 2020.

The U.S. military, which has stepped up efforts against al-Shabab in the past year with dozens of drone strikes, has said Somali forces are not yet ready.