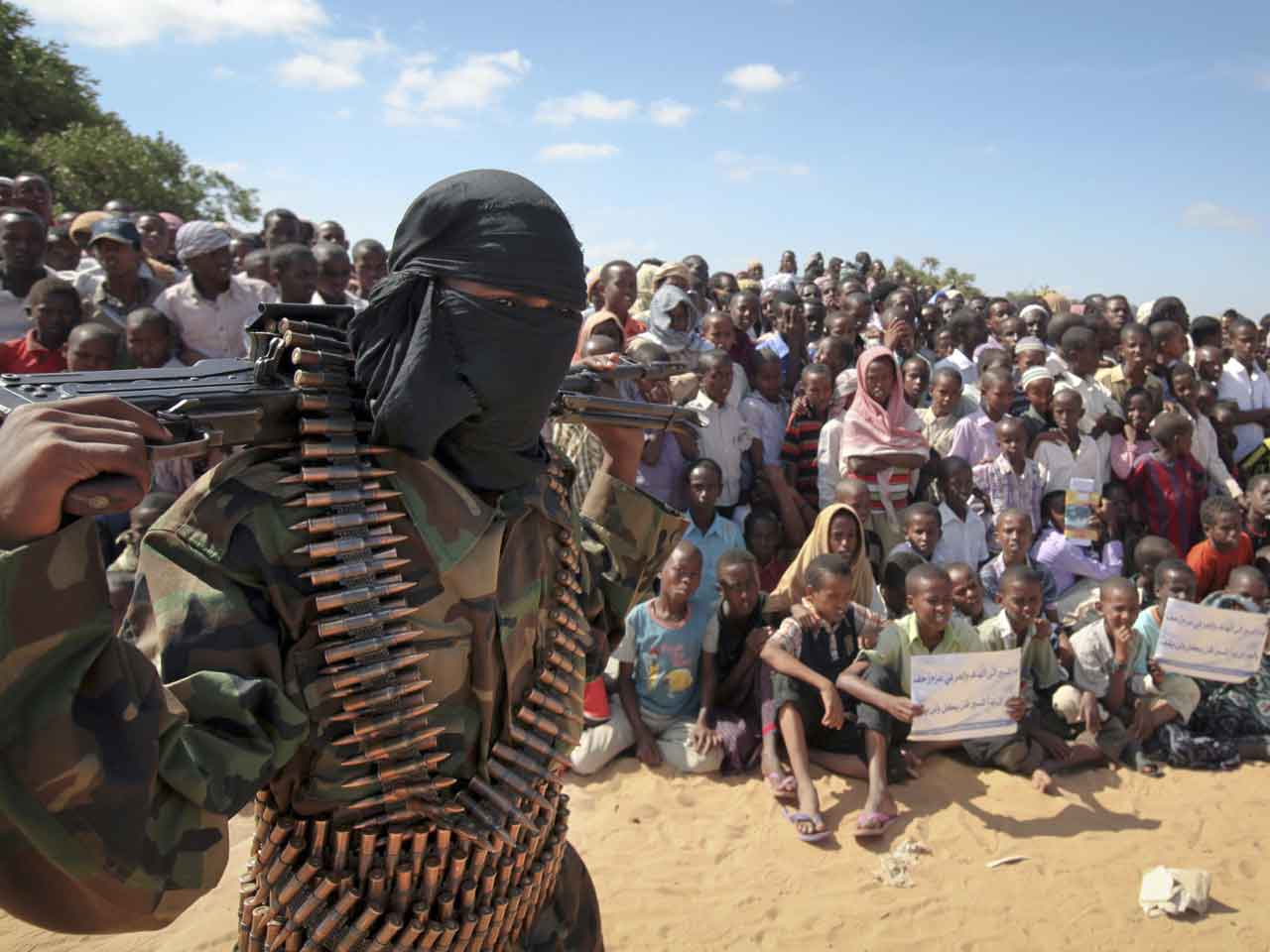 MOGADISHU, Somalia - Hundreds of Somalis are gathering at a militant-organized demonstration on the outskirts of Mogadishu in support of the merger of the Somali militant group al-Shabab with al Qaeda.

Rage also said that an upcoming international conference in London on Somalia is being organized to "colonize" Somalia.

Somalia has not had a fully functioning government in more than 20 years, but African militaries from Uganda, Burundi, Ethiopia and Kenya are pressuring al-Shabab from three sides.