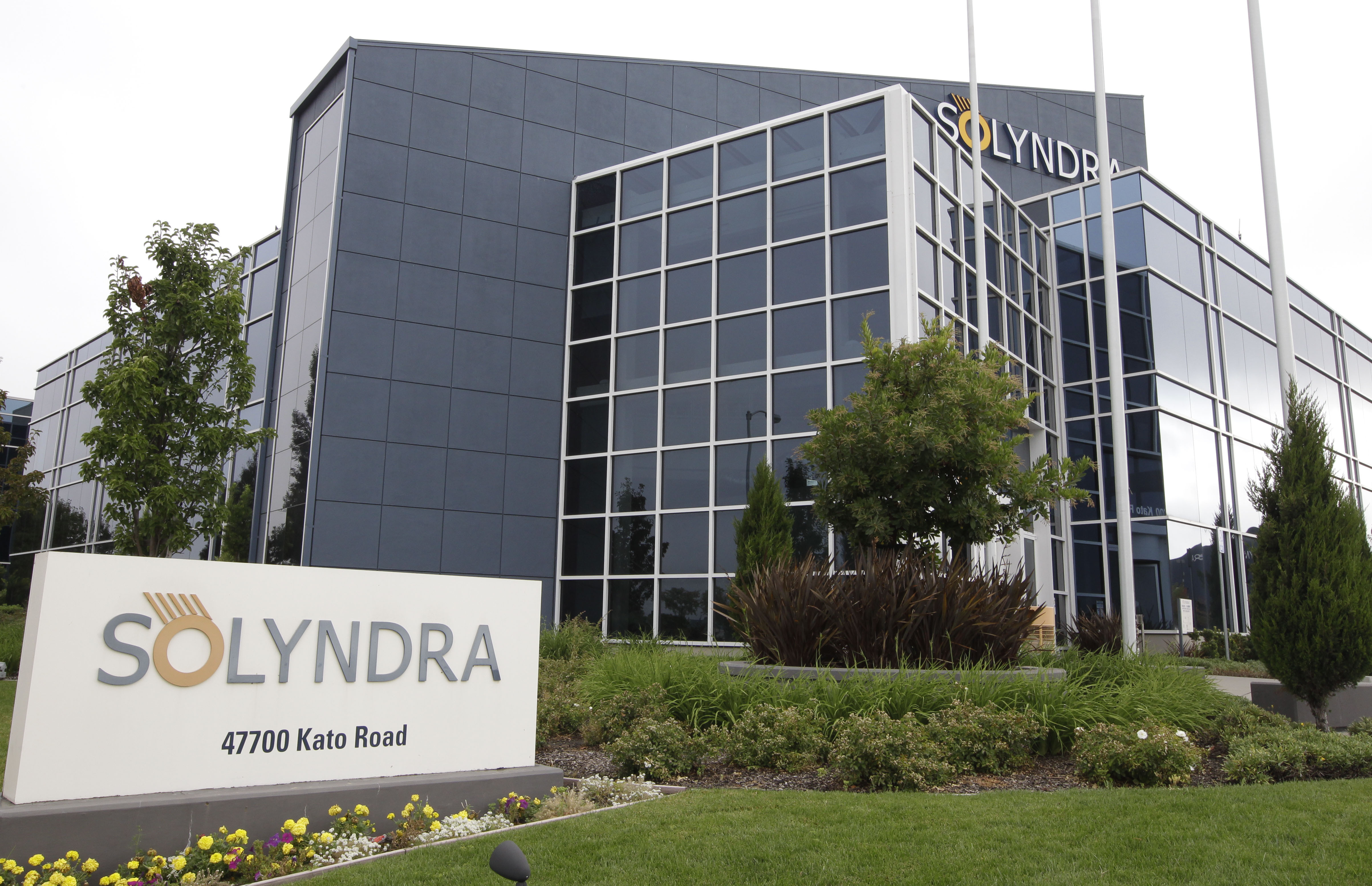 This story was written by Carol D. Leonnig and Joe Stephens

The Obama administration, which gave the solar company Solyndra a half-billion-dollar loan to help create jobs, asked the company to delay announcing it would lay off workers until after the hotly contested November 2010 midterm elections that imperiled Democratic control of Congress, newly released e-mails show.

The announcement could have been politically damaging because President Obama and others in the administration had held up Solyndra as a poster child of its clean-energy initiative, saying the company's new factory, built with the help of stimulus money, could create 1,000 jobs. Six months before the midterm elections, Obama visited Solyndra's California plant to praise its success, even though outside auditors had questioned whether the operation might collapse in debt.

As the contentious 2010 elections approached, Solyndra found itself foundering, and it warned the Energy Department that it would need an emergency cash infusion. A Solyndra investment adviser wrote in an Oct. 30, 2010, e-mail -- without explaining the reason -- that Energy Department officials were pushing "very hard" to delay making the layoffs public until the day after the elections.

The announcement ultimately was made on Nov. 3, 2010 -- immediately following the Nov. 2 vote.

E-mails describing the events were released Tuesday as part of a House Energy and Commerce Committee memo, provided in advance of Energy Secretary Steven Chu's scheduled testimony before the committee's investigative panel on Thursday. As a result of the 2010 elections, that committee is now controlled by Republicans, whose aggressive nine-month investigation into Solyndra has focused partly on whether politics played a role in the company's selection to receive a federal loan.

Amid the fallout from the company's shutdown in August, the White House has said tough scrutiny of the department's oversight efforts is warranted and it has begun its own independent review of the loan program. Although the president has publicly supported Chu, senior White House officials in February circulated an outside adviser's recommendation that Chu be replaced because of anticipated political controversy over the energy loans.

On Tuesday, Energy Department spokesman Damien LaVera declined to confirm events described in the e-mails or to identify who at the department may have urged the delay in the layoff announcement. He stressed, however, that "decisions about this loan were made on the merits." In an interview aired Tuesday on NPR, Chu said that politics did not enter into any decisions he or his staff made regarding Solyndra and that there was no way to foresee the company's demise.

The White House declined to comment Tuesday on whether senior White House officials attempted to influence the timing of the layoff announcement. "These e-mails, again cherry-picked by House Republicans, reflect nothing more than the White House being given a heads-up about an upcoming press release from Solyndra," White House spokesman Eric Schultz said.

The e-mail release came on the heels of more bad news for Chu. Energy Department Inspector General Gregory Friedman released a report Tuesday calling for a far-reaching review of the agency's operations. He wrote that the department spent $10 billion last year on its core laboratory operations, but more than a third went toward overhead and program support.

In late 2009, Chu attended a groundbreaking for the factory Solyndra built with its $535 million federal loan, and Vice President Biden spoke at the event by satellite.

But Solyndra chief executive Brian Harrison warned the agency in an Oct. 25, 2010, e-mail that he intended to announce layoffs in three days. He wrote that journalists and investors were asking about rumored layoffs and the possible closure of one of its two factories.

Five days later, an adviser to Solyndra's primary investor, Argonaut Equity, explained in an internal e-mail that the Energy Department had strongly urged the company to delay the layoff announcement.

The Energy Department "continues to be cooperative" and committed to a November drawdown on the loan, the Solyndra adviser wrote. "They did push very hard for us to hold our announcement of the consolidation to employees and vendors to Nov. 3rd -- oddly they didn't give a reason for that date."

Solyndra has become a rallying cry for Republicans who believe Obama used his clean-energy initiative to steer loans to campaign donors. Argonaut is a private equity firm for the family funds of George Kaiser, a Tulsa billionaire and Obama fundraising bundler. Kaiser has said he played no part in helping Solyndra win the loan. Even so, previously released e-mails have shown Kaiser strategized with his business associates about the best way to approach the White House to help Solyndra deal with its financial problems.

In the fall of 2010, Solyndra executives and investors warned the Energy Department that they needed emergency financing to keep the company operating past December.

In the Oct. 25 e-mail, Harrison warned the Energy Department's loan staff that the story of Solyndra's financial problems "is starting to leak outside Solyndra."

He said he would "like to go forward with the internal communication [to employees regarding layoffs] on Thursday, October 28."

Harrison's e-mail was forwarded to the Energy Department's loan program director, Jonathan Silver. Silver forwarded the ¬e-mail to Chu's chief of staff, who then alerted White House climate change czar Carol Browner and Ron Klain, Biden's point person on stimulus efforts. Browner reportedly asked for more information, and Chu's chief of staff explained that he had left a voice-mail message on her cellphone.

Browner's spokesman, David DiMartino, said Tuesday that Browner doesn't recall the voice-mail and did not advise the Energy Department on how to handle the timing of Solyndra's layoff announcement.

On Nov. 3, 2010, Solyndra publicly announced that it would lay off 40 workers and 150 contractors and shut down its original factory. The department agreed to continue giving Solyndra loan installments despite its failure to meet key terms of the loan. In February, the agency restructured its loan to give Argonaut and other investors a chance to recover $75 million in new money they put into the company before taxpayers would be repaid.