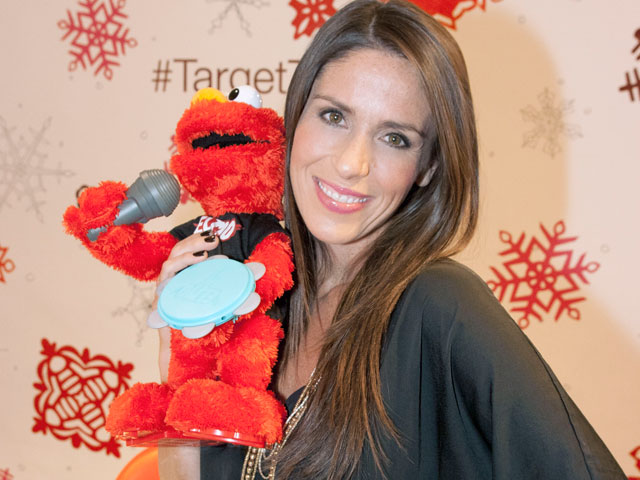 (CBS) While former "Punky Brewster" star Soleil Moon Frye says she was easily entertained by her Cabbage Patch dolls and pogo stick, her daughter's "must have" holiday items are a little less simple.

Frye, who is also Target's mommy ambassador, showed off some of her daughter's favorite toys from the season at Target's Toy preview on Nov. 9, 2011, in New York.

According to Frye, her daughters, Poet Sienna Rose Goldberg, 6, and Jagger Joseph Blue Goldberg, 3, are still into dolls, but their dolls are a little more high-tech.

One of Jagger's favorite dolls actually flies - the Flying Fairies Doll. "Jagger was occupied for 5 hours, flying it all over the house," Frye said.

Poet on the other hand, according to Frye, really enjoys the Monster High Dolls, which are dolls with a little bit of attitude. "She is going through her edgier phase," Frye said. "She's 6 going on 16."

Another one of their favorite items of the season is the kiddie version of the iPad, the LeapFrog® LeapPad, she said. "I can't believe my 6-year-old already knows how to download things."

Although her daughter's lists of favorites are long, Frye said her daughters have a real sense of gratitude for everything and don't mind giving toys away.

"A lot of times we will go through their old toys and give some of their things away," Frye said. "We have a real appreciation for giving back."

Apart from being Target's mommy ambassador, Frye has decided to share her "super mom" secrets in her book, "Happy Chaos: From Punky to Parenting and My Perfectly Imperfect Adventures in between," which came out in August.

"It's all about the fun adventures of parenting and contains many practical applications that you can do at home," said Frye.

In addition to her book she also has an Eco-friendly baby store called "Little Seed" and a blog/social network called "Moon Frye" which connects moms with other moms.

Frye admits her parenting skills aren't perfect, but according to her that is what it's all about, "embracing the messiness and chaos of our lives and turning it into happy chaos."