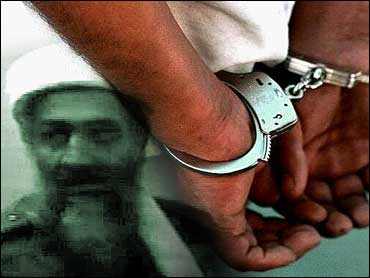 A National Guardsman was arrested Thursday and charged by the Army with trying to provide information to the al Qaeda terrorist network, a federal law enforcement official said.

The official, speaking on condition of anonymity, told The Associated Press that Spc. Ryan G. Anderson was charged with "aiding the enemy by wrongfully attempting to communicate and give intelligence to the al Qaeda terrorist network."

Defense officials tell The Associated Press that the National Guardsman accused of trying to communicate with al Qaeda signed onto extremist Internet chat rooms trying to get in touch with the terrorist network.

It's unclear how the U.S. government got wind of his offer, but officials say authorities began monitoring his communications. It does not appear he transmitted any information to al Qaeda.

Anderson was being held at Fort Lewis, an Army base near Tacoma.

Anderson, 26, is a tank crew member from the National Guard's 81st Armor Brigade, a 4,000-member unit set to depart for Iraq for a one-year deployment.

Washington State University spokeswoman Charleen Taylor said Anderson was a 2002 graduate with a degree in military history with an emphasis on the Middle East.

The brigade has been training at Fort Lewis since November. Eighty percent of the soldiers — 3,200 — are from Washington state, and 1,000 are from guard units in California and Minnesota.

The brigade's Iraqi mission is the biggest deployment for the Washington Army National Guard since World War II.