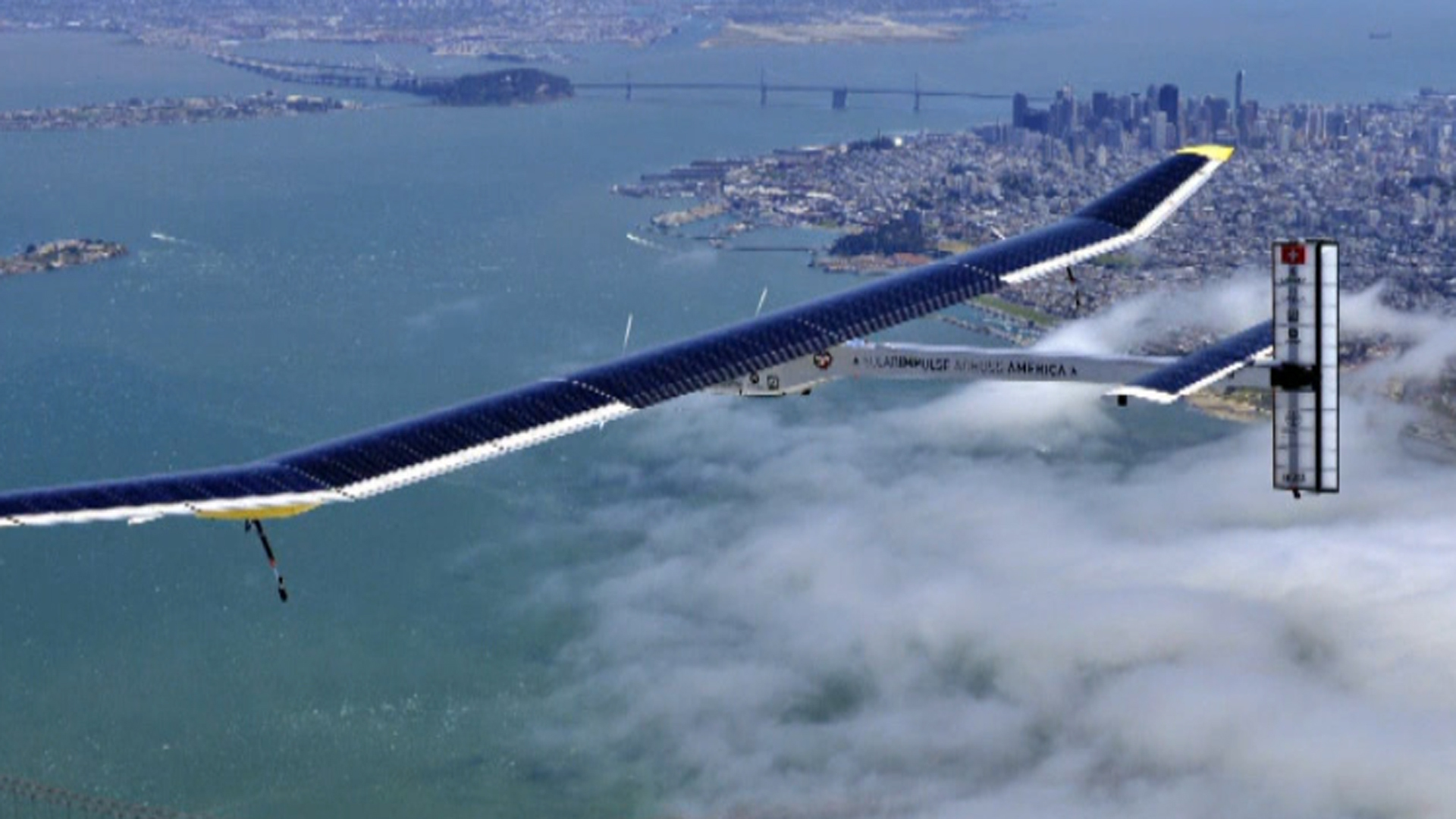 (CBS News) A solar-powered plane called the Solar Impulse is about to soar into aviation history with a flight across America.

On Tuesday, it took to the air for a test flight over San Francisco. CBS News' John Blackstone was there, along with Chesley "Sully" Sullenberger, famed pilot of the "Miracle on the Hudson" flight.

As the sun rose over Mountain View, Calif., the Swiss pilot of Solar Impulse performed final checks before takeoff.

Watching closely beside the runway, Sullenberger said, "Oh, I'd love to go, but it's only a one place airplane at the moment."

Solar Impulse has a cockpit barely big enough for its pilot, but its wings are as long as those of a 747. It has four engines, but leaves the ground at just 27 mph.

The plane is powered entirely by the sun, its wings covered with 12,000 solar cells.

"This is about more efficiency, more sustainability," Sullenberger said.  "Having an airplane that requires no fuel."

The 16-hour test flight over the San Francisco Bay area took Solar Impulse high above the Golden Gate Bridge -- so high that, from the ground, the aircraft seemed little bigger than a mosquito.

But photos from the air show an elegant craft that its Swiss creators hope will be an inspiration to others.

Watch Blackstone's full report in the player above.