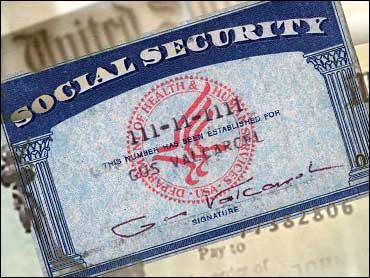 With the leading edge of the baby boomers reaching age 65 in just four years, there is a lot of attention on all aspects of retirement and related financial decisions. Most people age 62 or older will have one thing in common — they will have to decide when to start taking their retirement benefits from Social Security.

As The Early Show's financial adviser Ray Martin explains, decide wisely and you could increase the total benefits received over your lifetime.

Decide Wisely
In 2006, more than 48 million Americans will receive approximately $539 billion in Social Security benefits. About 69 percent, or 33 million are retired workers, and the average monthly retirement benefit paid out today is approximately $1,002.

Your Social Security retirement benefit is also affected by the age when you decide to begin receiving benefits. For most eligible individuals, the earliest age you can receive benefits is 62. However, the benefits received at this age will be less than what you could receive if you decide to wait until Full Retirement Age (or FRA), which is the age when full benefits would be paid. FRA is 65 for people born before 1938, but this age gradually increases for people born after that and before 1943. For people born from 1943 to 1954 (currently age 63 to age 52), the FRA is age 66. For people born after that, the FRA gradually increases to age 67 for everyone born in 1960 and later.

Therein sets the stage for an important choice: claim reduced Social Security benefits at age 62 or delay until a later age to receive a larger benefit.

The Choice
The basic trade off is this: you can claim retirement benefits before your FRA and you will receive a permanently reduced monthly benefit which you will receive for a longer time or you can wait to claim benefits until your FRA and your monthly benefits will be unreduced and will be paid over a shorter number of years. This brings one very obvious and important factor into the decision: how long you expect to live.

The good news for many folks is that the total lifetime benefit received under either scenario are financially similar and you can't go terribly wrong either way, assuming an average life expectancy. But if you have a spouse and there is a significant likelihood that one will significantly outlive the other, then it may be strongly advised to have the older spouse delay taking Social Security until as late as age 70.

One important note is that unless you are still receiving medical insurance benefits from a spouse or an employer, you should still consider signing up for Medicare at age 65 as this will cost more if you delay applying for it. Since retirement benefits are not increased by additional Delayed Retirement Credits after age 70, then age 70 is the latest age at which individuals should wait to take their retirement income benefits from Social Security.

What You Need To Compare
To make the best decision on whether or not to delay taking Social Security retirement benefits, you first need a clear understanding of the benefits you could receive under three scenarios.

3). Taking increased benefits at delayed retirement — anytime after FRA and up to age 70.

You also need to consider your health, life expectancy, other source of retirement income and assets and your tax situation. Also you will need to factor in that Social Security retirement benefits are increased by a cost of living index each year, the applicable increase for 2006 being 4.1 percent.

If you are single and/or continuing to work and earn a good income until your FRA, then the decision is generally straightforward — most folks in this situation should wait until their FRA or later to receive unreduced benefits.

The decision is even easier for people who are under their FRA and have earned income in 2006 that exceeds $12,480 a year. People who are in this situation who claim retirement benefits before their FRA will generally trigger the so-called earnings penalty where $1 of Social Security retirement benefits will be withheld for every $2 that their earned income exceeds this limit. It rarely, if ever, makes sense to do this

Assume a married couple, Jane is age 62 and Jon is age 65. They assume he will live until age 80 and she until age 90. Also assume the following:

The retirement benefit for Jane would typically be the greater of the benefit amount based on her own earnings history, or as much as one half of Jon's benefit. Based on the above example, Jane's benefit on her own earnings record is higher, so that amount is what she will receive. Of course, if Jane commences benefits at age 62, her benefits would be permanently reduced but this would have no impact on the benefit amount her husband could receive.

However, when Jon (the older spouse) dies at his age 80 (which is Jane's age 77) the survivors benefits paid to Jane would be the greater of what she was receiving or 100 percent of his benefit. She would receive this survivor's benefit for the rest of her life. So if Jon delayed claiming retirement benefits until age 70, Jane would receive this amount (increased for the cost of living adjustments from Jon's age 70 to his age 80) after he died.

The main point is that if the objective is to maximize the income provided to the couple over both spouses lives and one spouse is likely to live significantly longer, then the older spouses delay in taking retirement benefits increases the value of the survivors benefits paid to the younger spouse more than it reduces the benefits received over the older spouses life.

The husband in this example should consider his younger spouses life expectancy when considering when to claim his benefits.

Because of the different benefits that are paid from Social Security, a younger spouse will collect her reduced benefits over a period shorter than her life expectancy, and will then receive a much larger monthly benefit that begins after her husband dies, which will continue for the rest of her life.