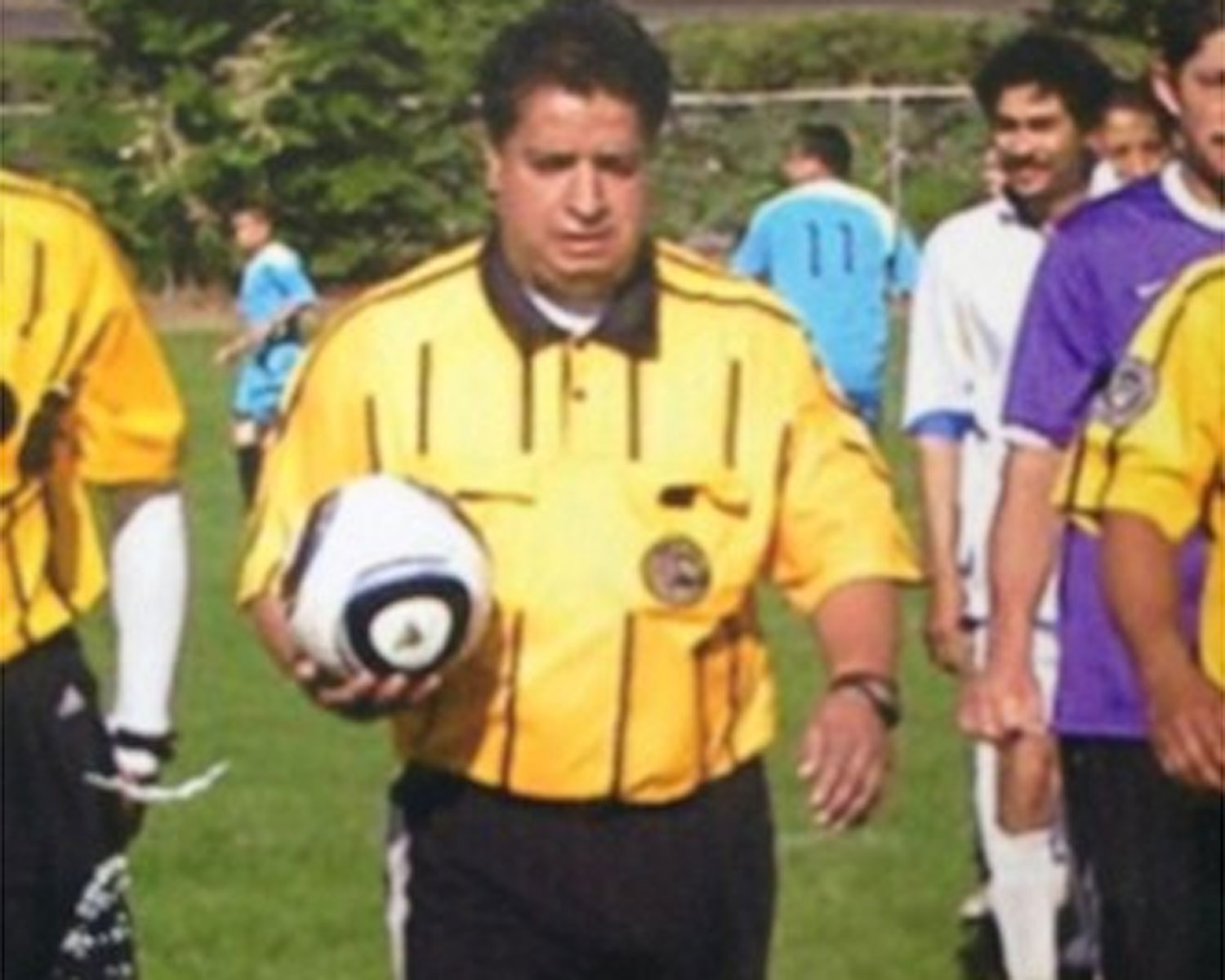 Utah soccer referee Ricardo Portillo died Saturday night at a Salt Lake City area hospital, one week after being punched by a player in a recreational soccer league.

The 17-year-old suspect, who outweighed Portillo, began arguing with the referee, then punched him in the face at close range, according to police reports. Portillo seemed fine at first, then asked for support because he felt dizzy. He sat down and started vomiting blood, causing a friend to call an ambulance.

When police arrived, the alleged attacker was gone. Portillo was lying in fetal position on the ground. Through translators, he told emergency medical technicians that his face and back hurt, and he felt nauseous. He had no visible injuries and remained conscious, and was considered to be in fair condition when he was taken to Intermountain Medical Center in Murray, Utah.

But he slipped into a coma with swelling in his brain when he arrived at the hospital. He succumbed to his injuries one week later.

The tragic story has left some seeking answers as to how one punch can cause so much damage.

A similar incident occurred in July 2011, when a Florida tourist was arrested after a one-punch fight at a Las Vegas casino left a Utah man dead.

"Traumatic brain injuries can do this," Dr. Robert Glatter, an emergency medicine physician at Lenox Hill Hospital in New York City, told CBSNews.com. "One shot can be powerful enough."

Glatter, who was not involved in Portillo's case, explained that blunt trauma, such as a single punch with enough force, can lead to a traumatic brain injury. It triggers brain swelling where pressure in the skull -- called intracranial pressure -- beings to rise suddenly.

If intracranial pressure rises too high, Glatter said there is not enough "cerebral perfusion pressure," which means the blood vessels can't accommodate this added pressure. With less blood flowing to brain tissues, specific regions such as the brain stem do not get enough oxygen and can rapidly swell, and a person can lose consciousness or fall into a coma, Glatter said.

"Sometimes if they survive, they're in a vegetative state," he added.

Glatter said bleeding on or beneath the surface of the brain, called epidural and subdural hematomas, respectively, can also lead to similar symptoms as a result of the pressure-like effect of blood building up in closed space. But, he added that in other cases of head trauma there "doesn't necessarily have to be blood, it can be just swelling."

Dr. Anders Cohen, chief of neurosurgery and spine surgery at The Brooklyn Hospital Center in New York City, pointed out to CBSNews.com that incidents involving fatal punches have befallen boxers. He referenced the death of South Korean Boxer Kim Duk Koo, who died in 1982 following a bout with Ray Mancini.

"It's a bad combination of circumstances," said Cohen, who also had no involvement in Portillo's care.

Cohen said depending on the angle a person is hit and how severe the blow is, swelling in the brain may occur. For example, swelling can start in the anterior portion of the brain just above the eye in a frontal head injury. The base of the skull contains irregular bones, so if a person gets hit there, their brain can swell rapidly, he added. Sometimes, people take a hard blow to the head and then fall down and hit their head again, worsening their bruising and swelling.

"If the swelling is on the brain stem, you can rapidly decline," said Cohen.

Swelling that doctors are able to contain may only temporarily affect the brain, but people with significant brain swelling may never recover functionality or suffer from problems like seizures, disability or cognitive problems down the road. Often, how a brain injury affects people is a result of the location of the injury, Cohen pointed out. However, he said the type of swelling the referee suffered may not have allowed him a chance at recovery.

"Diffuse brain injury like this referee is global, and (the brain) just doesn't' bounce back," said Cohen.