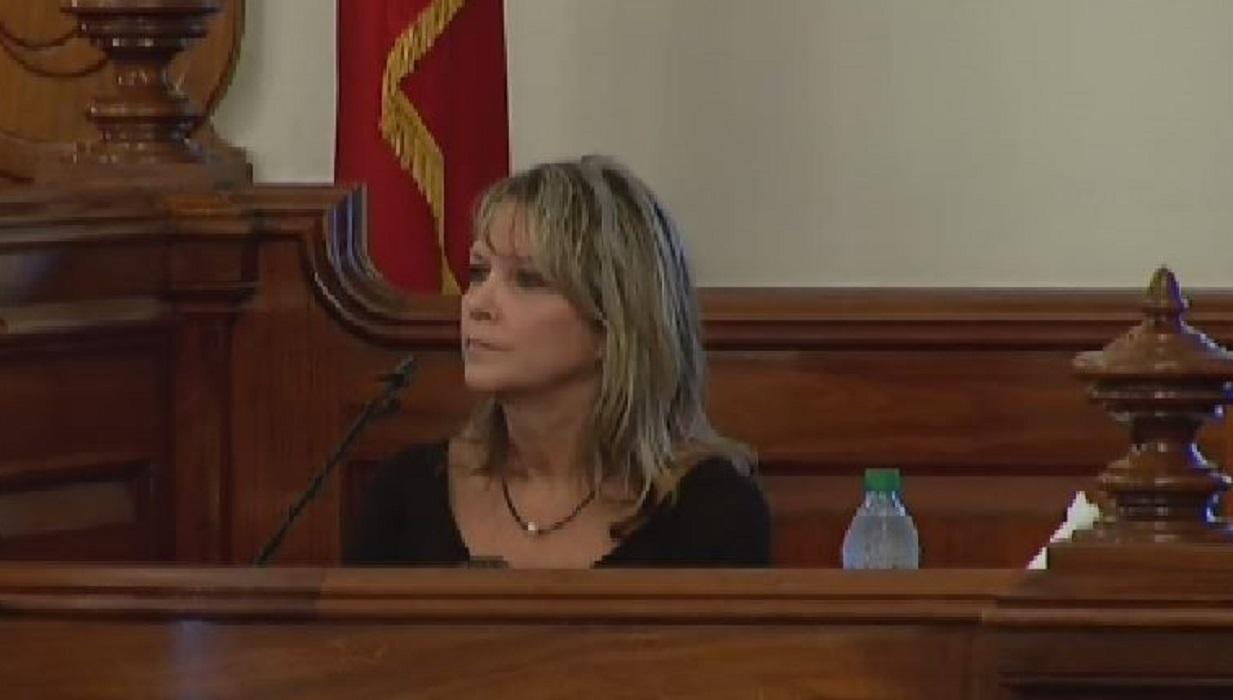 SAVANNAH, Tenn. — A man who lived in the "dark, dark world" of methamphetamine and morphine addiction abducted Tennessee nursing student Holly Bobo from her rural home in 2011, then drugged, raped and shot her before discarding her body and bragging about it, a prosecutor said Monday.

Zachary Adams, 33, has pleaded not guilty to kidnapping, raping and killing Bobo, who was 20 when she disappeared from her home in Parsons, Tennessee, on April 13, 2011. Her remains were found 3 ½ years later near her home in Decatur County, located about 100 miles southwest of Nashville.

A judge briefly cleared the courtroom during the first day of Adams' trial Monday, after Bobo's mother, Karen, collapsed to the floor sobbing. Karen Bobo and her husband, Dana, were among the first people called to testify Monday, reports CBS affiliate WREG.

"It was the worst feeling you could possibly feel, that something bad happened to one of your kids," Dana Bobo said.

"I told her goodbye and I loved her," Karen Bobo said. She later listened as prosecutors played a recording of her own frantic voice as she called 911 to request help after her daughter was taken.

"Someone in full camouflage has Holly," Karen Bobo could be heard yelling in the phone call.

At around 2:30 p.m., Karen Bobo could be heard saying, between sobs, that she felt sick. She then fell to the floor, and the courtroom was cleared for about half an hour. The judge later said Karen Bobo had passed out due to low blood pressure, but she was about to return to the stand and finish her testimony.

Bobo's disappearance led to a massive search of the fields, farms and woods of West Tennessee. Her case received national attention, and the Tennessee Bureau of Investigation said it was the most exhaustive and expensive investigation the agency ever conducted.

Judge C. Creed McGinley moved the trial from Decatur County to neighboring Hardin County in an attempt to secure a jury less likely to have been influenced by the intense media scrutiny surrounding the case. Adams, who has a criminal record that includes drug possession and assault, faces the death penalty if convicted of first-degree murder.

Prosecutor Paul Hagerman said that after kidnapping, drugging and raping Bobo, Adams wrapped her in a blanket and took her in his truck to a friend's home. He then called another friend, Jason Autry, and they went to the Tennessee River to "gut" her and put her in the water, Hagerman said.

Bobo made a sound and moved, so Adams shot her in the head, the prosecutor said. Adams got rid of her remains and described her to others in vulgar terms. He then bragged that the world would not find out what happened to Bobo, Hagerman said.

"He took her, he raped her, he killed her, he discarded her, he covered it up, he almost got away with it," he said. "But he didn't."

Jennifer Thompson, Adams' defense attorney, said in her opening argument that her client is not guilty. She said Adams was charged after investigators interviewed several other men and they needed someone to blame. Authorities found no hair, fingerprints or DNA belonging to Bobo in a search of Adams' home before he was charged in 2014, Thompson said.

Thompson said Autry, who also is charged with kidnapping, raping and killing Bobo, gave investigators statements about her killing in return for a reduced charge.

"He basically sells his death penalty" to prosecutors, Thompson said of Autry. "There are real problems with his story."

The jury of 15 people is being sequestered. Three alternates will be chosen after testimony concludes.