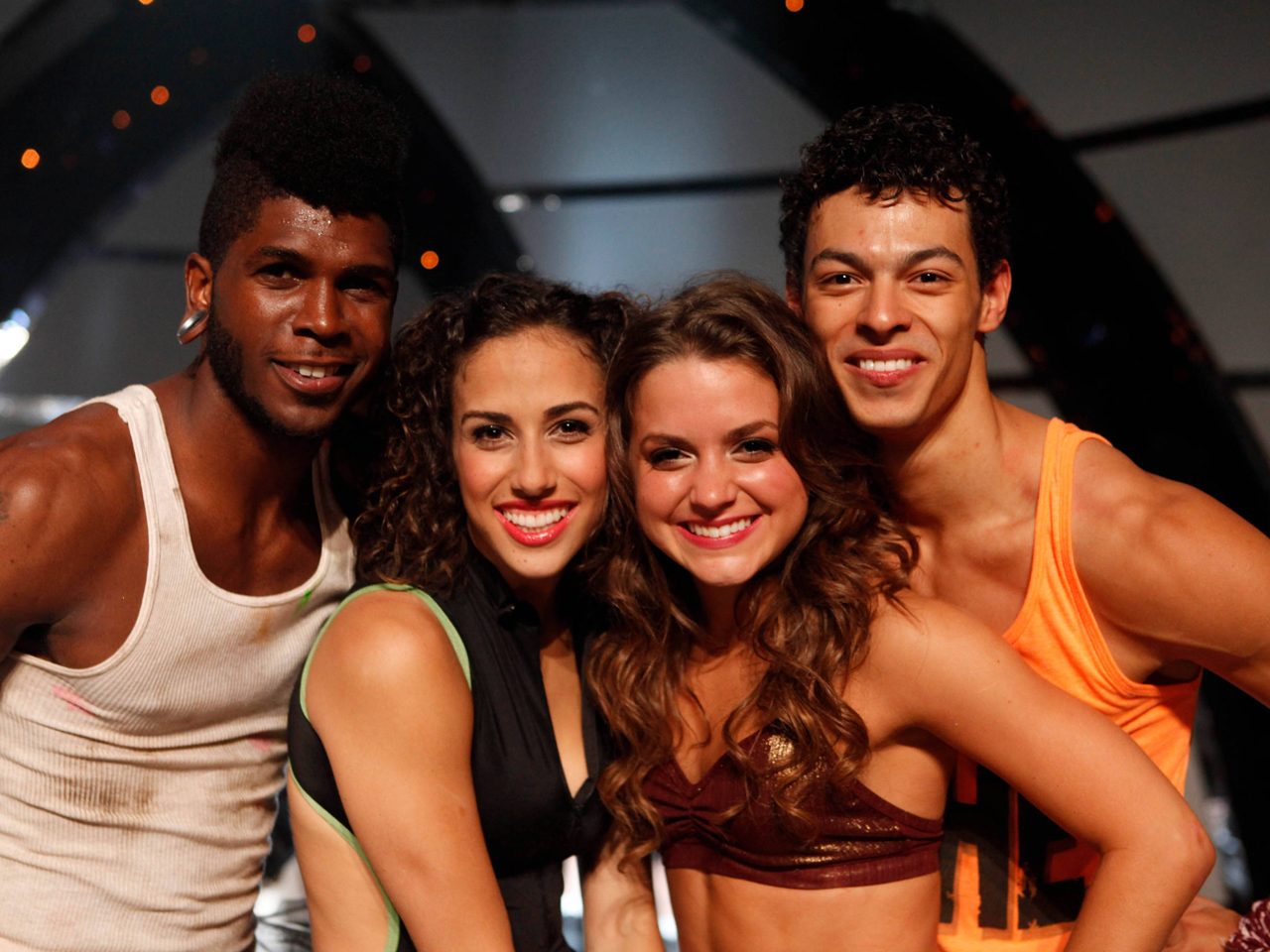 (CBS News) It's down to the final four on "So You Think You Can Dance," and each contestant got the chance to battle one last time Tuesday night in hopes of winning over America's hearts -- and better yet, votes.

The contenders each attempted five dances, and next week one woman and one man will be named "America's Favorite Dancers" on the basis of those performances.

Pictures: "So You Think You Can Dance" Season 9

"This is it, people," host Cat Deely said before America watched the final four compete. Rob Marshall, choreographer and director for "Chicago" and "Nine," served as a guest judge.

The two-hour finale found the top four contestants performing a dance routine to "Eine Kleine Natchtmusik," choreographed by Tyce Diorio. As for the competitions, the evening featured contemporary dances, a jazz routine,  a ballet pas de deux  and yes, even a stripper pole. Maher and Girard did a burlesque number, which even seemed to surprise judge Nigel Lythgoe, who joked, "It's hard to think of anything to say that won't get me into trouble."

Season nine will conclude Tuesday with the finale at 8 p.m. ET on Fox.

Tell us: Who is your favorite dancer this season?