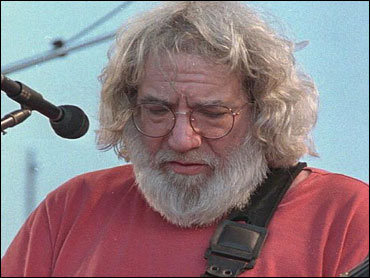 The surviving members of the Grateful Dead, who retired the group's name and dubbed themselves The Other Ones after the death of leader Jerry Garcia, have decided to rename themselves The Dead.

Bassist Phil Lesh, guitarist Bob Weir and drummers Bill Kreutzman and Mickey Hart will inaugurate their new name - which has served as their unofficial nickname for years - at a Valentine's Day benefit concert in San Francisco.

"With the greatest possible respect to our collective history, we have decided to keep the name 'Grateful Dead' retired in honor of Jerry's memory, and call ourselves: 'The Dead,"' the band said.

After the 1995 death of Garcia, their lead singer and guitarist, the Grateful Dead retired their act, which was a perennial top concert draw. The band's surviving members put on a show every now and then as The Other Ones.

But last summer, all four surviving founding members performed two reunion shows in Wisconsin. The shows were so successful, they staged a fall tour.

In a press release posted Feb. 8 at the band's Web site, the musicians called the Wisconsin concerts "magical."

"To us, this was the Grateful Dead - without Jerry. We had stopped being the 'Other Ones' and were on our way to becoming something new but at the same time very familiar," the band said.

The Feb. 14 concert will benefit three San Francisco-based foundations. A blood drive will be held the same day.

A summer tour for The Dead also is likely, said their publicist, Dennis McNally.