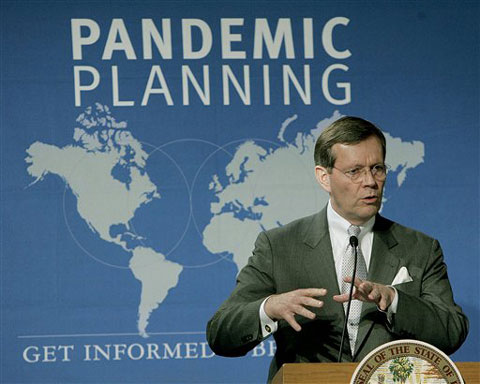 The 32-year-old former Duke associate head coach was named to replace Norm Stewart at a morning press conference on campus. Missouri athletic director Mike Alden was true to his word, naming a successor to Stewart in a hurry.

"I'm unbelievably excited about this opportunity," Snyder said. "It's something I dreamt about. I am very fortunate to be Coach Stewart's successor and build on his foundation."

The news comes six days after Stewart resigned and on the first day of the late signing period for high school seniors.

As of Wednesday morning, Missouri was still in the running for three nationally known recruits: Josh Kroenke of Columbia, Mo., Jason Kapono of Long Beach, Calif., and Kareem Rush of Kansas City still have the Tigers on their lists.

The brash, young, new look of Missouri basketball might sway them.

Because of his work with Duke the past four years, Snyder arguably had become the hottest assistant coach in the country. The former Blue Devils point guard played on three Final Four teams (1986, 88-89) before coming to Duke four years ago. Back then, Mike Krzyzewski was in the midst of one of the worst seasons of his career.

The team finished 13-18 and Krzyzewski couldn't finish the season due to debilitating back pain that eventually required surgery. Snyder quickly gained Coach K's favor, and by this season was running practices and was Duke's lead recruiter.

Krzyzewski knew he couldn't keep his prodigy for long. Snyder's name came up in vacancies at San Diego State and Vanderbilt after the season. Missouri, though, was able to grab him.

The length of his contract is five years. Financial terms were not disclosed, but reports put his annual salary at $500,000 per year.

"Go somewhere," Krzyzewski once said to Snyder, "worthy of your passion."

Even Missouri with the emotional Stewart might not have seen Snyder's equal. Snyder helped land Duke's superstar recruiting class of two years ago that included Elton Brand, Shane Battier and Chris Carawell. This season, he was given much of the credit for developing sophomore point guard William Avery.

"If I have an opportunity," Snyder told the Seattle Post-Intelligencer during te season, "I'll throw myself completely into it. Hopefully, it will be at a place where people will appreciate me and help me. I'm going to need a lot of help."

More than a coach, Snyder also is a graduate of Duke. At one time, he was both pursuing his MBA and attending Duke Law School.

No matter what, Snyder will be one of the youngest coaches in Division I. Ironically, he is the same age as Stewart when Stewart took over the program in 1967.

Snyder reportedly beat out Tulsa coach Bill Self and Missouri assistant coach Kim Anderson, who also had interviewed with Alden. Former New Jersey Nets coach John Calipari also was thought to be in the running.

Alden did not disclose the finalists for the job, but said the school seriously considered five candidates. He denied the job was ever offered to Calipari.

"The first person it was offered to was Quin Snyder at 12:52 p.m. yesterday," Alden said. "The job was never offered to anyone else."

According to a source, Snyder was contacted last week by Missouri booster and contributor Bill Laurie. Snyder then met with Alden and other Missouri officials in Detroit, where he was recruiting Alaskan prep star Carlos Boozer for Duke. Boozer was in town for an all-star game.

A final deal was believed to have been hammered out Tuesday in Kansas City between Snyder and Alden.

There was no indication before the press conference of the make-up of Snyder's staff. Missouri assistant Rich Daly had been recruiting in Detroit over the weekend.