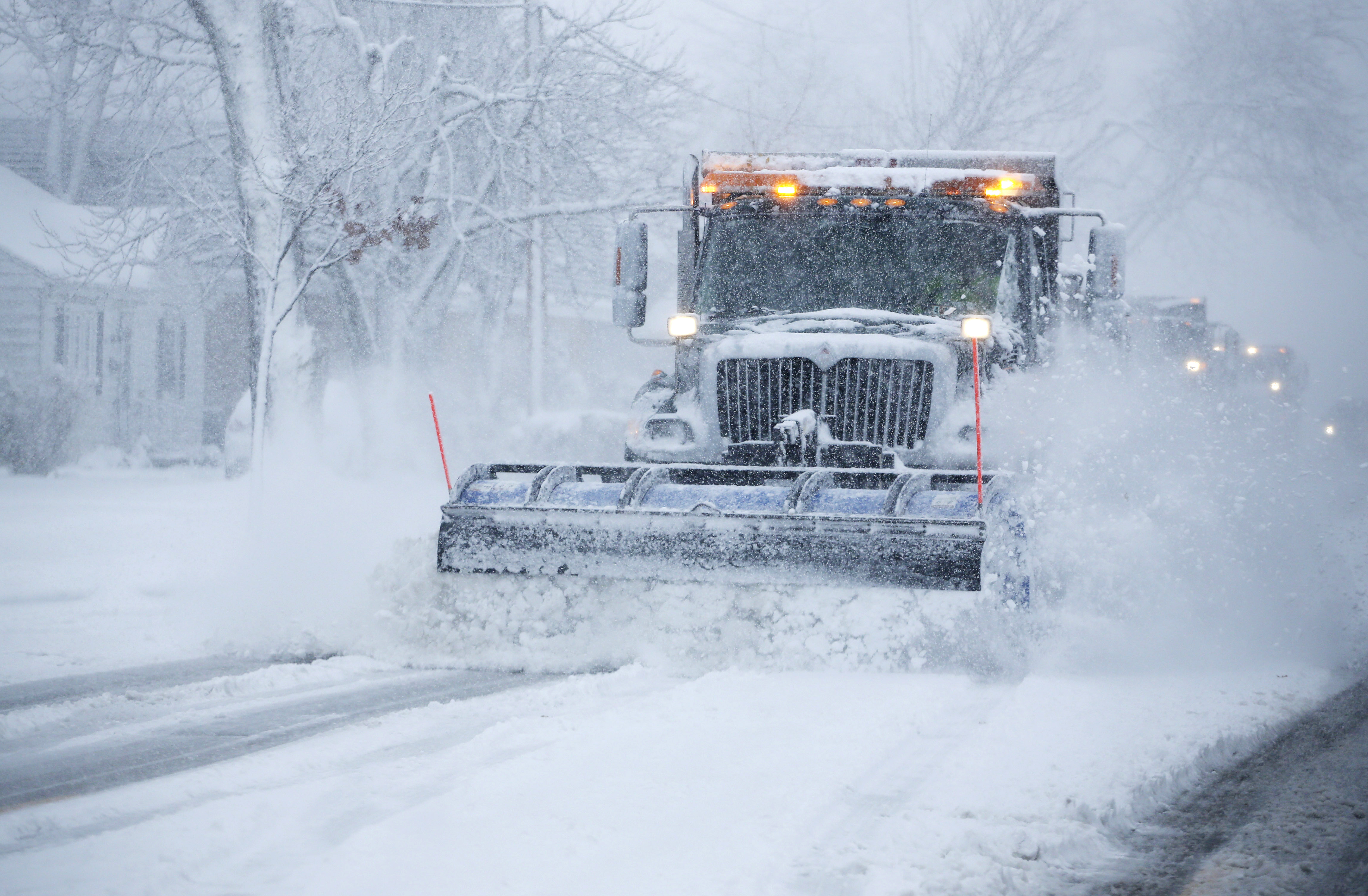 People fired up snowblowers and dug out their shovels Saturday after a storm system dumped anywhere from three to 20 inches of snow across parts of Iowa, Wisconsin, Illinois and Indiana.

The National Weather Service said the snow, which first fell in South Dakota, Minnesota and Iowa on Friday, would continue in Illinois, Indiana and Michigan before heading northeast into Canada late Saturday. Much colder air was forecast to spill across the Midwest behind the storm.

In the southern Wisconsin town of Janesville, between 10 and 20 inches of snow had fallen by Saturday afternoon.

Southside True Value Hardware manager Matt Krienke said business had been good in the days leading up to the storm, but that it had become "very, very, very, very slick."

A winter storm warning was in effect Cook County as parts of the area received nearly a foot of snow, CBS affiliate WBBM reported.

The hardest hit areas were to the north and west of the city. Downtown, most of the snow was melting as it hit the ground. The National Weather Service reported the snowfall rate could be up to an inch an hour in some places.

Temperatures were expected to get colder as the day goes on. Overnight, the temperatures will dip to 15 degrees, with a wind chill of -1.

Snow plow drivers were hard at work, starting to clear parking lots and roads after midnight. The snow has been wet and heavy, blanketing the roads and creating slick driving conditions. The Chicago Department of Streets and Sanitation deployed more than 260 snow plows and salt spreaders.

National Weather Service meteorologist Amy Seeley said 12.5 inches fell in Woodstock and 11.7 inches in Roscoe. It's unusual for the area's first snowfall of the season to dump more than six inches, Seeley said.

About 60 miles northwest of Chicago, the village of Capron had received 14.6 inches by midmorning Saturday, spurring village employee Robert Lukes into action clearing sidewalks with his snowblower in the community of about 1,400 people. He said the snowfall was wet, with a layer of slush underneath that made the work slow-going.

"It's a typical first snow for us, but it's a pain in the butt. There's quite a bit of it and it's kind of difficult plowing and snowblowing," he said, adding, "It's just another snowstorm in northern Illinois."

The northern Indiana city of LaPorte is no stranger to heavy snowfalls, though only about four inches were on the ground by noon Saturday. Alizha Demunck, a clerk at the city's Little Chocolates candy store, says the weather didn't slow weekend shoppers from getting handmade chocolates.

"Northern Indiana, we're used to snow. Most people aren't even fazed by it," she said.

Indianapolis is expected to receive 1 to 3 inches of snow, according to weather service meteorologist Meagan Bird.

Looking to the east and north, about 5 inches of snow had fallen on Kalamazoo in southern Michigan by Saturday morning, according to National Weather Service meteorologist Nathan Jeruzal. Grand Rapids had about 3 inches.

Temperatures plunged behind the front. Sioux Falls, South Dakota, reached 11 degrees Saturday and the town of Estherville in northern Iowa was even colder at 6 degrees with a wind chill of minus 4, the weather service said.

Southeastern South Dakota got up to 18 inches of snow on Friday, National Weather Service meteorologist Bruce Terry said, while amounts of a foot or more -- 17 inches in one spot -- were common in northern Iowa.

"Some of those amounts are pretty impressive for this time of year," he added.