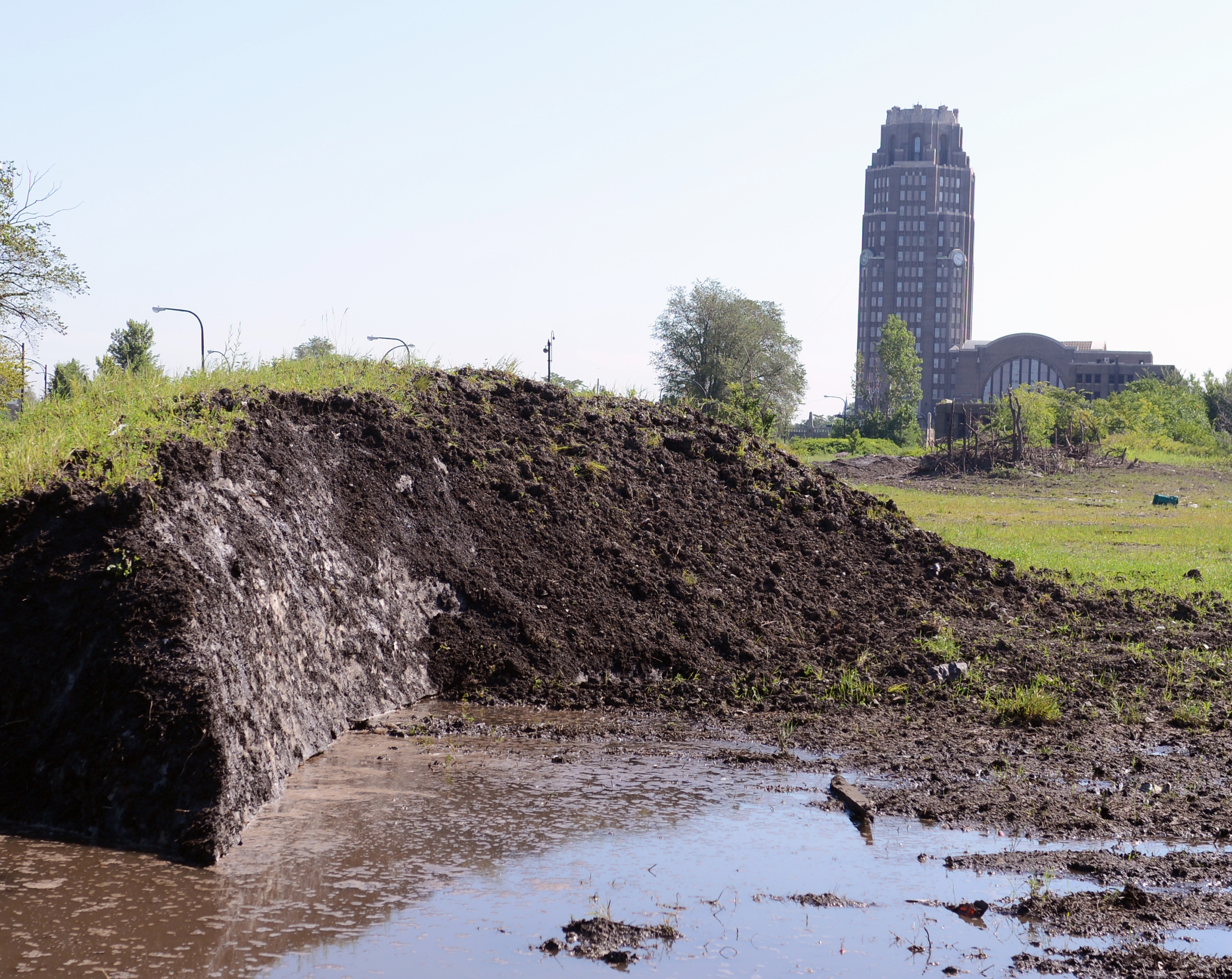 BUFFALO, N.Y. -- People from Buffalo hear it all year -- over the phone or while traveling: "Buffalo? Got snow there?"

Two piles remain in one abandoned lot where trucks dumped it after a freak November storm buried neighborhoods in so much snow -- 7 feet fell in spots -- that crews had nowhere else to put it.

"I tell my customers; 'You want ice cubes? Go get them,'" Eugene Kiszelewski, who owns the G&T Inn across the street, said Tuesday as the temperature climbed past 80 degrees.

At its height, Kiszelewski said, the snow mounds towered over the light poles.

One of the leftover piles is about the size of two school buses end to end, the other a bit smaller. Grayish white ice peeks through, but both resemble earthen berms, because the snow is covered with a thick layer of dirt and even grass.

The swampy surrounding land, though, offers proof it is slowly melting, even in Buffalo, whose reputation for snow is -- usually -- overblown.

New York state climatologist Mark Wysocki said the dirt cover is insulating the compacted snow, drawing out the time it is taking for the warmth of the sun to reach it. The ground, meanwhile, is heating from below.

"It's sort of like an Oreo cookie right now," Wysocki said, "where you've got snow in the middle and heat from above and heat from below and it's slowly eating away at the snow."

Just how long it will stick around, Wysocki said, depends on how thick the covering layer is.

Boston just saw the last remnants of its ruthless winter melt away earlier this month.

"It could," Wysocki said, "be there when the next snow falls."