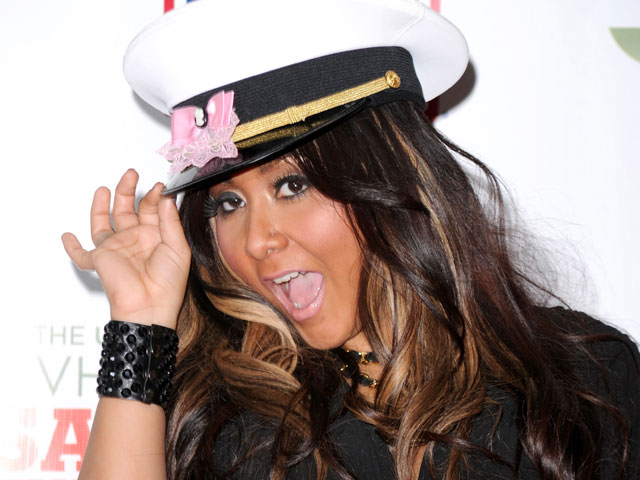 NEW YORK (CBS) Nicole "Snooki" Polizzi will be celebrating New Year's at the Jersey Shore, after a plan to have her dropped in a ball in New York's Times Square was nixed.

The stunt will now take place in Seaside Heights, N.J., where the first and upcoming third season of the "Jersey Shore" takes place, after organizers of the Times Square New Year's Eve event said they could not accommodate it.

"It kind of got sprung on us," Diane Stabley, the Seaside Heights borough clerk,  told the New York Times on Thursday morning.

MTV's original plan was for Snooki to be inside a ball that would drop in Times Square before the official countdown on Friday night, to ring in 2011 as part of its "MTV New Year's Bash" special.

"It was never intended or requested for Snooki to be in the actual New Year's Eve Ball in Times Square," the group said in a statement. "The request to have her in a separate ball on a set-back roof came too late and was too impractical to fit in to our outdoor events."

TMZ.com has a photo of the ball - with a lit "Snooki" sign attached - being set up in Seaside Heights. According to the Times, the stunt will probably be taped on Thursday for broadcast on New Year's Eve, since the MTV crew had to leave by Friday.

On Dec. 22, the reality TV personality told USA Today that she was ready for the ball drop.

"I'm gonna be like a friggin' hamster," she said.