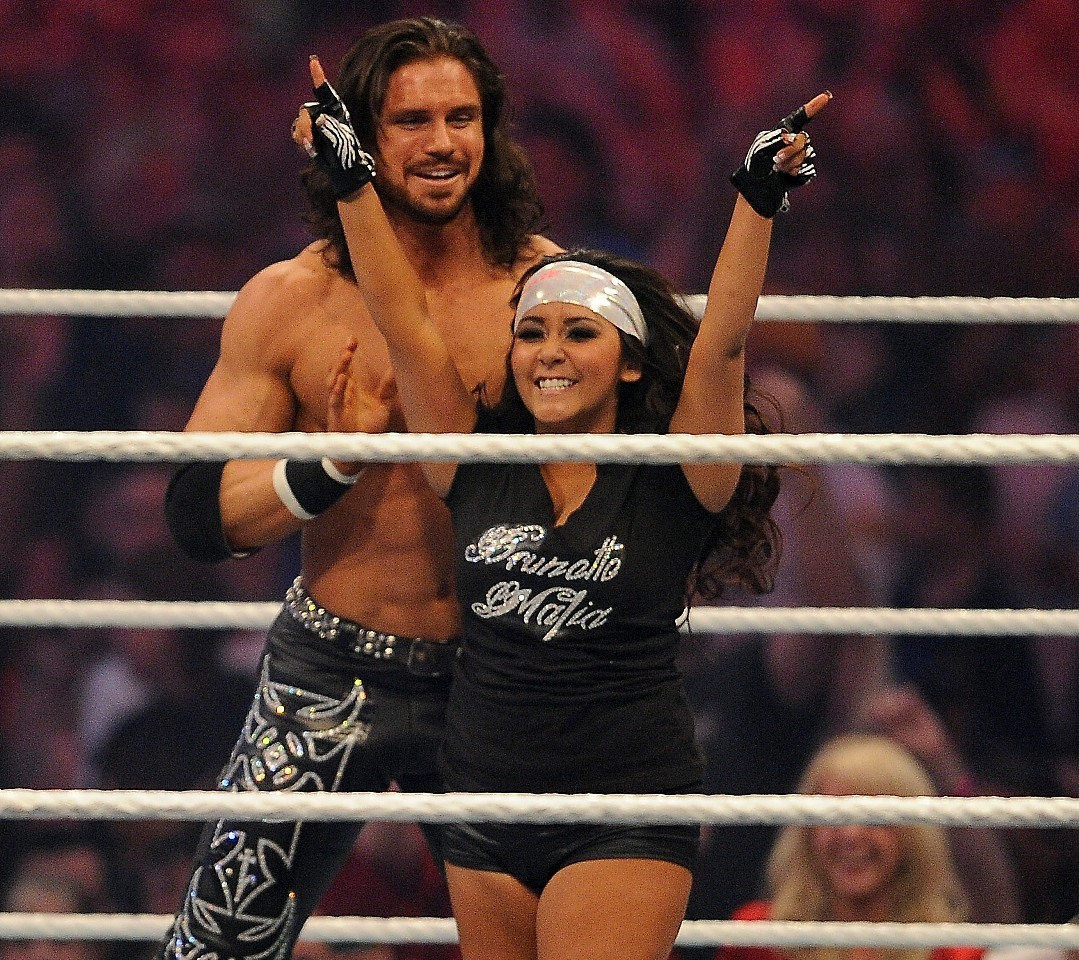 (CBS) Snooki has done it all. She's a star of a reality show, a best-selling author and now she can add wrestler to her ever-growing resume.

On Sunday Nicole "Snooki" Polizzi jumped in the ring at WrestleMania XXVII and walked out of Atlanta a victor.

Polizzi teamed with Trish Stratus and John Morrison to take on the team of LayCool (Michelle McCool and Layla) and Dolph Ziggler in a six-man inter-gender tag team match. The "Jersey Shore" star surprised the crowd with her athleticism when she hit a handspring splash onto McCool, followed by a body splash to capture the victory for her team.

It was reported last month that when Polizzi made a special appearance on "Monday Night Raw," Vickie Guerrero challenged the pint-size guidette to a match at WrestleMania.

Snooki's next endeavor? She's scheduled to head for Italy soon where the filming of the fourth season of "Jersey Shore" is set to take place.